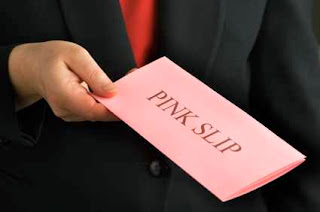 At the meeting, the Council Members had told the three, "You've been dismissed."  Singhal held his head low, while the council bailiff escorted him out of the chambers. Lt. Reynoso walked Hadsell out, where she broke down in tears. Pannone left, acting as if nothing happened.

Baldwin Park's City Council is formed by a new majority.  After a bitter battle for the swing vote council seat, Cruz Baca was sworn into her position on Wednesday, December 4, 2013 by great crowds in the council chamber.  The story can be read here:  Overthrowing a Municipal Regime.

Six days later, a special meeting was called, in which the new majority, made up of Council Member Pacheco, Rubio, and Baca, fired the three administrators.  The terminations happened after more than 85 percent of the members of the Baldwin Park Police Association voted they had no confidence in Hadsell or Singhal.  A number of other city employees have also resented Singhal.

The old regime, which was in the majority and now in the minority voting bloc, is comprised of Mayor Manuel Lozano and Council Member Raquel Garcia.  The two objected to the firing of their appointed administrators.  Former Council Member Marlen Garcia, who has been ousted out of public office, posted on Facebook that the firings will cost the City at least a million dollars.

CEO Vijay Singhal has been a controversial figure in Baldwin Park.  Before becoming CEO of the City, he was CEO of the desert City of Hesperia.  And before that post, he owned a business that busted.

His legacy has been one of abuse: both of the finances and the city employees.  He created a pyramid organizational structure for the employees, in which the base of employees were comprised of poor part-time workers, whom were mainly Hispanic.  This way, he could deny them healthcare, raises, and hours.  Their part-time status left them vulnerable to termination without cause.

Singhal also unsuccessfully attempted to fire all the police and have them replaced with the sheriffs.  Finally, he had a reputation for using unauthorized force to intimidate and bully citizens from speaking freely or filing complaints against the public officials or administrators.  Three law suits are still pending against him.

The Chief of Police Lili Hadsell has committed numerous acts of self-dealing and gross negligence.  This includes advocating for the firing of all her officers, free speech retaliation, and unmerited promotions within the force.  There are two pending lawsuits against her.  More can be read about her here: Chief of Police's Daughter Caught With Narcotics

City Attorney, Joseph Pannone, illegally extended and renewed illegal contracts.  Extension of Illegal .Contracts.  Although such behavior seems innocuous on the surface, the renewal of these contracts have allowed for businesses like Royal Coaches to make millions (it's alleged to be $20M in a year) off the invidious towing of the poorest residents of the city: the undocumented Mexicans.  The money has ended up back in the pockets of the public officials.  For instance, witnesses have confirmed that Parks and Recreation Director, Manuel Carillo Jr. would pick up clothes and computers for Marlen Garcia's daughter at the Royal Coach's office.

Lozano and Garcia defended Singhal by stating that he increased the City reserves from $250,0000 to $7,000,000.  What Lozano and Garcia didn't mention; however, was that Singhal did so by withholding employees' retirement payment from being deposited into their pension accounts.

When asked why the City Council made such a swift decision, Council Member Ricardo Pacheco stated, "We did what we had to because the people wanted change.  And that change is here now."  He also stated, "There's going to be a lot of broken pieces to be picked up."

Regarding brokenness, one rumor that keeps surfacing is that Baldwin Park is financially broke.  And it appears it may become even broker.  Those fired are claiming that they were terminated without cause.  As a result, Hadsell will receive a three month payout.  Singhall will receive a six month one, even though he wrote his own employment contract.

Julian Casas, head coach of the boxing program, for fourteen years stated, "He's a parasite on the City of Baldwin Park, and he sucks the life out of our youth programs."

The rapid execution of these decisions foretell of more changes to come for the City of Baldwin Park.
Posted by Paul C. at 8:59 PM