Director of Parks and Recreation Suspends Employee For Whistleblowing 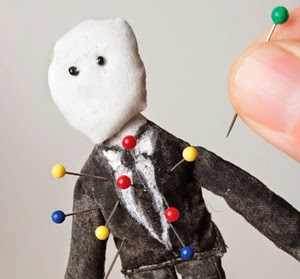 Parks and Recreation Director Manny Carrillo Jr. suspended Juilan Casas, head boxing coach, with pay, pending an investigation.  Carrillo stated that he couldn't tell Casas what the investigation was about, only that somebody filed a complaint.  He stated he would no longer be allowed on the premises and to not speak to employees or the boxing participants.

He forced Casas to sign a contract.  Casas was shocked at hearing the news.

The suspension came one day after Casas spoke at the City Council Meeting.  On that day, Casas told a full audience that Carrillo has given him a forty cent raise after 14 years.  He thanked the City, however, for the much needed increase in the hours of the boxing program.  He also mentioned that he's sued Baldwin Park for not releasing records, under Calfiornia's Public Records Act.

Also, at the Council Meeting, Paul Cook, Casas' attorney, passed out to the audience an article that proved that Manny Carrillo Jr. has been laundering money.  Manny Carrillo Launders Money.  He engaged in a public argument with Mayor Lozano, who attempted to cut speaking time for members of the public from three minutes to two minutes.

He also made four announcements to the Council.  One, the City Attorney has charged $50,000 in six weeks, which is almost half a million dollars a year.  The City Attorney has been drafting frivolous motions, which will cost the city three times the amount of a usual lawsuit.  That means, the Casas lawsuit can end up costing the City $300,000.  Cook mentioned he defeated Palm Springs to get the records of its corrupt Finance Director.  And four, he mentioned that Manny Carrillo was laundering money for those in power.

Several of the elderly ladies looked like they were going to cry after they heard the truth.  The audience was clearly upset at the City Council.

The next day, Casas was suspended, pending a trumped up complaint, with pay.

The question that runs through my head is why hasn't anyone else been suspended with pay.  Carrillo's Parks and Recs manager Armando Navo has been accused of sexual harassment.  More specifically, Navo's been alleged to have hired a woman just because he found her hot, started having sex with her, and forced her to have an abortion with his baby.  By the way, Navo's wife also works at Parks and Recs.

What about the fact that Carrillo's been caught red handed laundering money?  Why isn't he being suspended and investigated?  What about the fact that he can't account for the cash the kids have been paying into the boxing program?  What about the cash money that can't be accounted for at the concerts at the park?  Who knows why these people do what they do?  (I'm so convinced of all of Carrillo's stealing of money that I wrote a complaint letter to the District Attorney and to the Attorney General outing this director.)

As I keep realizing, over and over again, George Orwell was right.  "In times of universal deceit, telling the truth is a revolutionary act."

PS: If you're outraged by reading this, please send this story along.  You can also email the Council Members, Mayor, Carrillo, and the Acting City Manager below: