Relaxing by the Mediterranean Sea 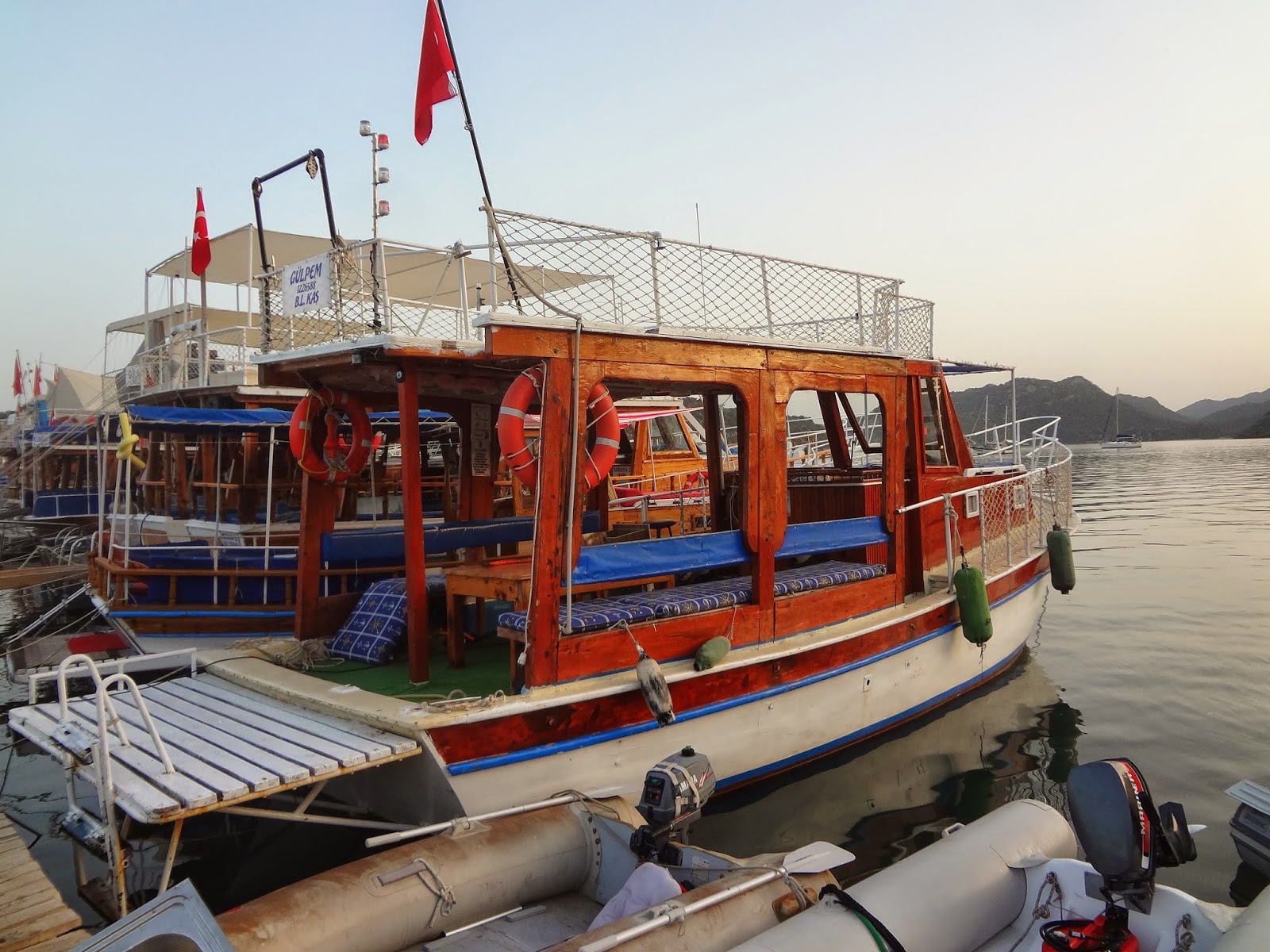 After nearly dying from thirst, I arrived in a small fishing village on the coast of Ancient Lycia.  After traveling for nearly two weeks, I finally felt like I found my peace.

I loved it here so much, I've stayed already for five nights.  Did I tell you, I really feel at peace?  So much so, I don't want to leave.

The place has a few tourists, but the Brits seem to know about it.  I think it's because it's really hard to get into this place, after all I trekked here from civilization.  I hope it doesn't get touristy because they would just build big hotels here, and the place would lose it's charm and loveliness.  (I took the picture on the left and all the pictures below.)

My day is rather uninteresting to the outside observer.  I start with breakfast.  Then, I watch the Game of Thrones or other shows I haven't kept up with on my netbook.  I do reading on my kindle.  Then it gets really hot in the afternoon, so I blast up the air conditioner in my room and nap.  When I wake up, I see the Turkish grandmother (picture below), who makes me an ancient pizza.  She kneads her own dough, then fries it on a big large skillet.  Then she adds feta, vegetables, and cut up tomatoes and cucumbers to it.  Rolls it up and gives me either a yogurt drink, which could be a tad salty, or some Turkish tea, which is pleasant and wonderful.  I really like her, and I smile at her and say Hello in Turkish every time I get the chance.  I'll bet the first pizzas were made this way.

Then, when it cools down, I either go on a hike amongst ancient ruins or cool well springs; or, I take a dip in the ocean.  I saw a sea turtle yesterday, while I swam to a nearby sand key.  I live a hard life, don't I?

From time to time, I talk to the many ally cats.  Some like me; some don't.  I wish I could bring them all home with me, but I think mother won't appreciate it.  She usually ends up taking care of my pets, while I gallivant the world.  I hope the chickens and my African fish back home are ok.

Anyways, here's some pictures to show you the small fishing village, the town, the cat (which didn't like it's selfie taken), and the last picture of my German friend.  We had breakfast together, before I left, in Bavaria. 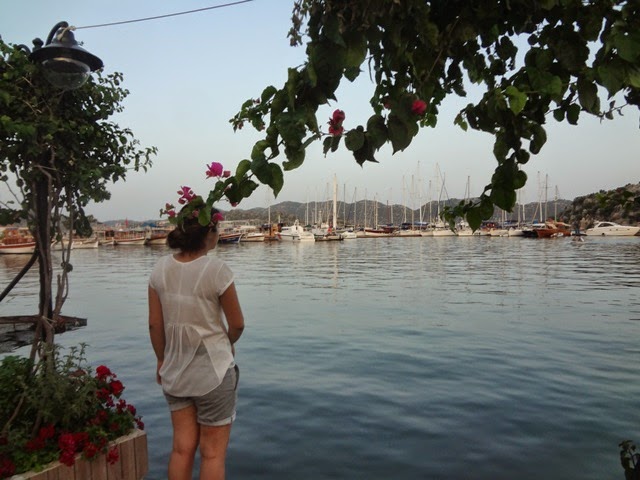 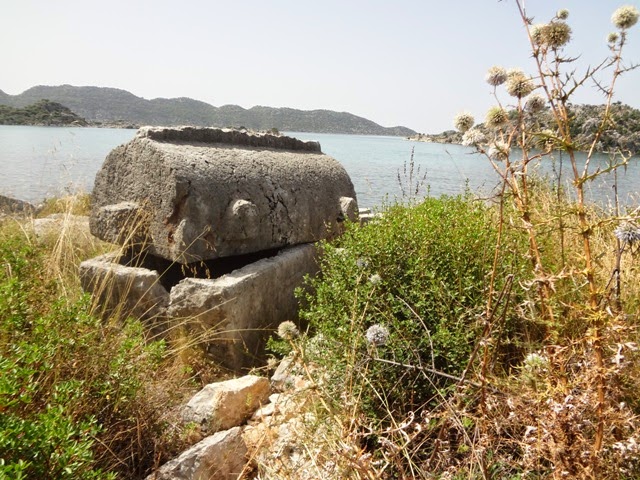 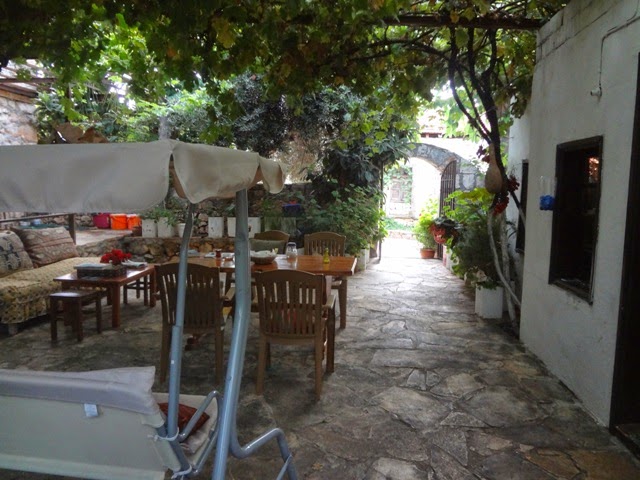 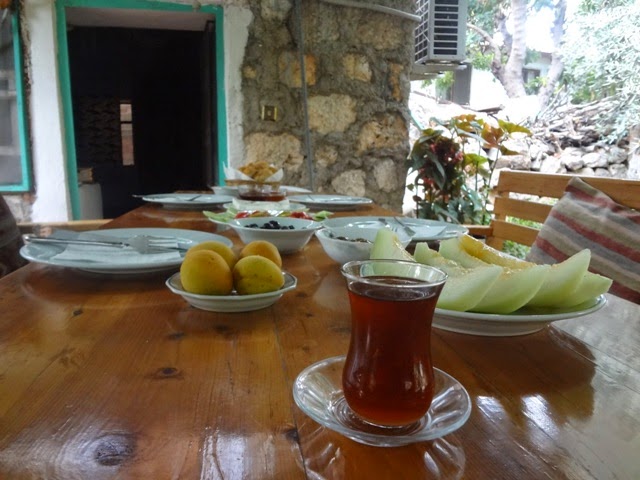 The lady who makes my lunch 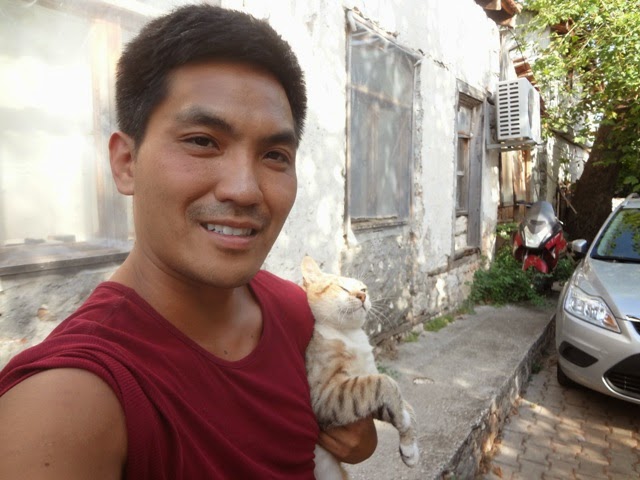 My Bavarian Friend and I having breakfast together in Germany.  (This isn't in Turkey).  Can't believe we've known each other for six years now.
Posted by Paul C. at 4:39 AM