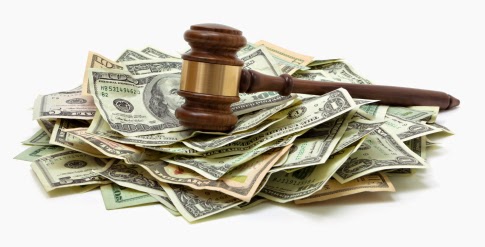 The Los Angeles Superior of Court ordered the City of Baldwin Park to pay Casas' attorney, Paul Cook, $38,500 in attorney's fees for not releasing records - which it claimed it was going to do, but still hasn't done. This is the second lawsuit that the court judged Baldwin Park to be violators of the Public Records Act.

The City of Baldwin Park has a habit of withholding records. Citizens expect it is because the administrators and officials are concealing the misappropriation of funds. Last year, the Los Angeles County District Attorney initiated a probe against the City Council for violating the Brown Act. Furthermore, the number of lawsuits have multiplied against the City. These suits have coincided with the hiring of new City Attorney, Robert Nacionales-Tafoya, who is profiting by defending these suits (and losing them) in his self-interest of approximately $90,000 every three months - or $360,000 a year, perhaps even more as he doesn't reveal his billing.

At the attorney's fee hearing, Judge Chalfant greatly reduced the number of hours that Cook had put into the case. He also didn't uphold a multiplier effect, which is the equivalent of a punitive damage multiplier. So, for instance, a $38,500 award could be doubled with a 2.0 multiplier into $77,000.

Nonetheless, Chalfant echoed a strong message to the City of Baldwin Park. Although he didn't directly state it, he told Baldwin Park to comply with the law or monetary damages against it will be high. He sent the message by upholding Paul Cook's attorney fee at $350 an hour. Cook filed the suit three months into being licensed. At the time of Attorney's Fee motion, he's been practicing for a year and a half. A first year associate usually charges at $200-$250 an hour. In contrast, Robert Tafoya charges out at $250 an hour - although he alleges he's been practicing law for 17 years.

Tafoya protested Chalfant's upholding of the award. Tafoya derailed Cook and stated that he shouldn't be awarded such a high hourly rate because he was greedy, lived with his mother, and only practiced for a year.

Chalfant, showing his scorn for the City Attorney's arguments, stated, "A first year associate in a big law firm would not be given this type of case. Mr. Cook - although a first year attorney, prosecuted you alone. He did the work of three people. He won!

"You went to war. You weren't two buddies smoking cigars at the porch. You were the enemy. And, he won. So, fee award upheld."

Tafoya, still unhappy with the judge's ruling retorted, "Your Honor, he practices from Baldwin Park. Therefore, he's worth less."

Tafoya kept protesting, and when he didn't get what he wanted - he asked Chalfant to sanction and punish Cook. The court clerk stared at Mr. Tafoya with contempt. Mr. Cook just stayed quiet. The attorney's waiting for their case listened attentively.

When that didn't work, Tafoya stated, "Well, your Honor, he could keep suing us at that rate."

Chalfant stated, "Take it up with the next case then."

Mr. Cook received a number of congratulatory emails from all those who helped him. He stated, "We can only hope that the city officials change and realize that they are not above the law."
Posted by Paul C. at 11:53 AM