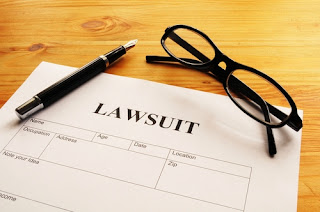 After getting a judicial order for the City of Baldwin Park to release records, not only has the City violated the order, it also has made it more difficult to get records. My only conclusion is that they're hiding something big.

In response to the records being requested from the judicial order, the City Attorney Robert Tafoya is now claiming that everything is out of scope. In other words, he's saying that what's being asked for is not within the order, but it certainly is when the order says release ALL records reflecting [various requests].

Now, instead of letting me view paper documents, the City has resorted to making me view all records on a notebook computer. I've told the City that I refuse to do so. So, the City says we don't have to make records available for you then. (Note, it's easier to not produce all the records, if you view them on a computer. And the City already likes to put all the documents out of order when I view them.)

This is unbelievable! The California Constitution says that records have to be made available. I got a judicial order against Baldwin Park. If a judicial order came against us, and we violated it, we'd be thrown into jail. They can't appeal the order anymore - either. So, it's final.

Well - how are our laws supposed to protect us from the criminals who are running the city, when those same criminals have no regard for it?
Posted by Paul C. at 1:31 PM