Free Speech Problems Around the World - Locally and Internationally

It seems to be a global problem - the right to speak freely and against authority.

In Los Angeles County, at Cal Poly Pomona College, a student had to sue the university to enforce his right to leaflet. The authorities told him that leafleting was restricted to a Free Speech Zone. I don't think so. . . (By the way, I coincidentally know the student, whose mother tirelessly fights for the poor in the City of El Monte, neighboring local city and Baldwin Park's best friend - both of whom steal from the residents.) 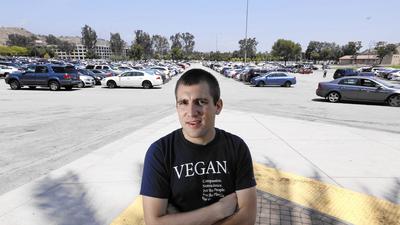 But when college administrators moved to restrict his activities, Tomas sued the university. His case became a flashpoint in the debate over how far universities should go to promote tolerance and civility on their increasingly diverse campuses — and whether some of those policies unfairly restrict constitutionally protected free speech.

Although virtually all academics say they support freedom of speech, many also argue that campuses have good cause to be sensitive to activities that could provoke vulnerable young adults. Colleges are charged with protecting the personal safety of students and must juggle the interplay of sexual, racial and ethnic dynamics that could lead to charges of harassment or bullying and potential lawsuits.

Why has Bangladesh become a killing ground for bloggers? 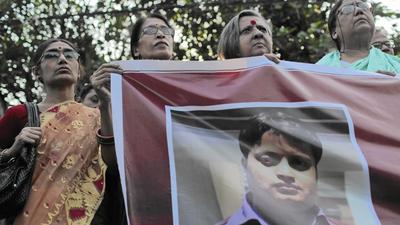 The slaying of a third secular blogger in as many months has set a chilling pattern in Bangladesh, a country long associated with a culture of moderation and free expression.

Machete-wielding assailants followed Ananta Bijoy Das on Tuesday morning when he left his house in the northeastern city of Sylhet and hacked him to death, police and friends said.

Das wrote for Mukto-Mona, the blog founded by Avijit Roy, a U.S. citizen who was killed in a similar attack outside a book fair in the Bangladeshi capital, Dhaka, in February. Another writer who protested Roy's killing on social media, Washiqur Rahman, was struck down on a Dhaka street in March

It is important that we all remember that we have the right to speak freely and that we need to protect that right against our public officials, who want all of us to agree with them or just shut up and go away. Do we want our country to turn into Bagladesh?