I Sued Mayor Lozano Again in the Supreme Court of California

I sued Mayor Manuel Lozano again in the Supreme Court of California. Either I'm one of those angry do-it-yourself litigants, or I might get the high court to grant review.

Why'd I sue? Because, Lozano, after being warned to stop attacking citizens, who talk back to him, (which he did to me and failed), attacked another citizen by suing the citizen again for another temporary restraining order and lost again.

Originally, I sued Mayor Lozano in small claims court for a claim called malicious prosecution, which punishes people who go around filing frivolous lawsuits against people just to bully them. And that's what Lozano did. And, even though I lost, the story made it to the front page of the LA Times. Great Read

Well, after losing, I then filed a type of appeal to the appellate division, then to the Court of Appeals, and finally to the State Supreme Court. I believe the Supreme Court gave it a serious consideration, as it ordered up the appellate record, voted on it, and denied granting me review. (So - it's over, right?)

It's not over until Mayor sings, is what I say. After the Mayor lost his restraining order case against Tuttle, I immediately sought a special petition to tell the court - hey - reopen up the case. My argument was simple. Since the Supreme Court didn't grant review the first time, it not only gave the Mayor license to sue citizens of their right to criticize public officials, but the court gave two other council members that right too. And unless, these people are held accountable, they'll do it again. The Supreme Court filed my petition on April 4, 2016.

Apparently, he was so angry, he started bringing up my client's divorce case at public comments period and said that if Tuttle didn't stop criticizing him, he was going to expose Tuttle's divorce history.

The Mayor also kicked out another protester from the City Council meeting.

A number of informants said he wasn't in a good mood, to receive the message: I sued him again. Well, that's what he gets for being bad again. I mean, besides James Butt of Inglewood (word on the street is that Mayor Butt and Lozano are friends), what mayor goes around suing his own citizens?

As the old saying goes, "If at first you don't succeed, try, try, try again." 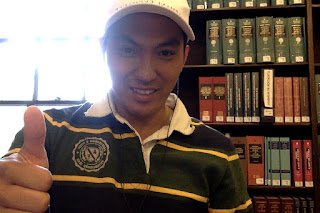