What I did when I was younger . . . Practice Investing 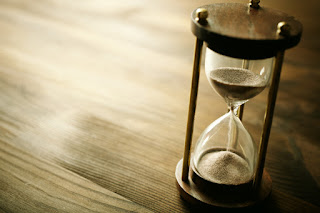 Dear Christian, Lyle, and Alex, and others,

In my days in far, far aways lands, I met several people, both young and old, whom were lost in their direction in life. It made me realize some of the practices I actually did correctly, while I was a student in university. Although I wrote two posts on what I wish I knew, here's one lesson I did correctly. I wish I could've told one of those people the following lessons: While you're young, practice investing.

I meet many older people these days, and they tell me they're worried about their retirement because they don't have enough. But when they were younger, what were they doing with their resources?

Everyone knows that one should save when they're younger and be disciplined about it. But for some reason, why is it that at the prime of people's life, they didn't invest?

The tale can be lesson in investing as well. We admire the 21 black jack player, who could break the casino's bank and make a killing in a few plays. But we don't pay attention to the old man, who invested a certain amount of money in his bank account every month for 40 years.

Think about this: Why is that? (So, we all know that slow and steady wins the race, but people don't practice such principles. They can only regret it, looking backward.)

And more importantly, investment is not limited to money. The most important asset to invest at your age is it invest in your skills, experience, and education.

That resource requires time. And it's something that money can't buy or take away.

Remember, the rich and poor have the same amount of time. The rich can't buy more. And the poor can't sell more. Everybody has 24 hours in a day, and they all have seven days a week. When you're young, you can use time to your advantage, especially because none of you have families yet either.

When I was at university, I worked dogged hours, starting the day at around 09:00AM and finishing at 01:00AM to 02:00AM. I lived on campus; so, I didn't have to commute, saving even more time. Essentially most of my time was spent on learning, and it paid off greatly later. I was able to graduate with two degrees in arts and science.

You don't have to take things to such extremes. But all the formal education I invested in, really paid off later, and all of it opened different doors later in my future. I couldn't foresee this at the time I was in university.

Also, I want you to remember, investing in yourself isn't just limited to just a formal education. That's only part of it.

While I was away, I met a local who told me he'd never hitchhike because it was too dangerous. I don't know if it's because the younger generation is different, or the people I'm meeting just lack confidence, but I'm finding that younger people have seemed to lost their taste for adventure and that drive to experience and see the new.

I can't tell you how much my experience in foreign countries changed my life. When I was 18, I was poor, but still managed to get to England - where I studied my physics. I bought the nose-bleed seats to watch live Shakespearean plays. I remember I had no money to eat at one point; so, I picked wild black berries and learned to make jam. I had to buy rabbits from the butcher (it was during the time of Mad Cow Disease, and Swiss beef was extraordinarily expensive). Nonetheless, I really loved my time in one of the greatest summers England ever had.

And when I was 19, I studied in Seoul, Korea, and Beijing and Shanghai. When I was 20, I did my field work at the Great Barrier Reef in Australia.

So, of course I feel grieved and sad, when I see that you three always spend your summers in Baldwin Park, (the City of No Hope) especially because there's new and fascinating worlds to be explored. (But you have to make it happen.) And it's meant to be done, when you're young.

For this, I'm grateful for my both my parents - who encouraged my brother and I to travel a lot. They always told us, it's a lot harder to see the world, when you get older. And I can now see, they were correct.

I end with a lesson that a professor of education, Chip Anderson often told his students. He said that studies indicate that what people do from 18-26 become permanent lifestyle habits for the rest of their lives. It was an encouragement for students to practice good habits during that time.

I can say that what Chip said is true. I generally see that people become set in their ways, and what they do at this age is what they do in later ages: for better or worse. So, invest now.

Time is a precious resource. And you have it. No wonder why the Scriptures say: "Make good use of every opportunity you have, because these are evil days." What it means is that you have to make a choice everyday to seize the day, because if you go with the flow, your time will be wasted.

I guess that's it. Those are the three lessons that I've reflected upon for you on my days away in a land, known to only a few, and known well by the sea, sun, and sands.
Posted by Paul C. at 3:17 PM