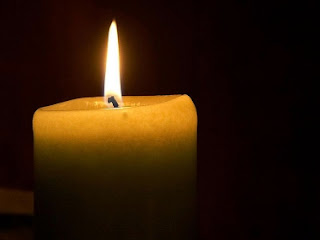 It's been about a week since I've been back from Europe, and probably more than other trips, I was struggling to make sense of what I was supposed to learn from this one. It was only until yesterday, maybe, I was meant to experience the Christian concept of grace.

At first, I thought maybe I was meant to encourage the people I met. I certainly gave a part of me to everyone I saw, and I tried to share something with them - whether that was a gift, conversation, or meal.

But as I was thinking about it last night, maybe the point was to experience the kindness and hospitality of what these people did for me. I have to call this grace.

The Christian concept of grace is defined as the "free and unmerited favor of God." In other words, the more I thought about how well my friends treated me, it clicked: I didn't deserve to be treated that well. There was nothing I really did to merit such a great holiday from all the people I saw. And that in turn, really helped me feel grateful for everything. So, maybe it's not what I gave them, but how much these people gave me.

I remember starting the winter holiday a bit more down because of shouldering a number of problems. To have a wonderful vacation open up in the middle of it, really brought me rest, peace, and joy and the will to go and fight on.

Perhaps the most important conversation I had was with Eleonora from Italy. (Did you know that in Latin, conversation comes from the word convert? Hence, great conversations are meant to convert or change a person.) Eleonora said often that she believed that we, as a human civilization, wasn't doing enough to preserve and create more beauty.

She was echoing a belief I was already having. In this year, I asked myself often, too, Are we entering the New Dark Ages? The Dark Ages was the only time in Western Civilization that we actually moved backwards, or stagnated, in our progress of knowledge. I asked myself often, we've created better technology, but at what costs? Teenagers can't seem to have a conversation without checking their smartphones every second. Also, it appears that the more fundamental principle of justice appears to be corroding in our world.

So, Eleonora's idea of having a duty to create more beauty for this world has seeded itself in me. She's right.

Here's a summary of the lessons I learned by country or city.

In Spain, I found a new spirit of fighting and endurance.

In Italy,  I found love and beauty.

In London, I found connection.

In Denmark, I found the cold.

In Germany, I found the strengthening of friendships.

So, I learned a lot. I hope you as my reader did too. I still have to cover, later, what the most important lessons were for the year of 2016, which is ending soon. Out with the old and in with the new.