On Heart Disease and Arteriosclerosis 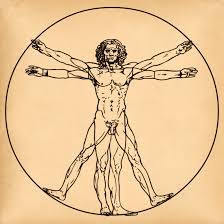 After finishing up my Supreme Court petitions, for whatever reason, I started researching arteriosclerosis (the hardening of the arteries) and heart disease. Although the common theory argues that cholesterol is the cause, the research I've been doing has shown that it's actually the build up of a transitional amino acid called homocysteine. (It's transitional, because homocysteine doesn't exist in a raw form in foods; it exists after processing proteins from our foods.)

I wasn't going to write on the subject, because although I marginally talk about health and nutrition, it's a fringe topic for my blog - which is focused more on municipal corruption, trends in government, travel, food, and reflections. But I was so excited to read about these alternative theories of heart disease that I decided I should share what I've learned.

Doctor Kilmer McCully in his book Homocysteine Revolution argues that cholesterol is not the cause of heart disease but that homocysteine is. Homocysteine is the byproduct of processing the amino acid methionine, which is found in heavier levels in meat, milk, and eggs. There's a strong correlation when homocysteine builds up, that all kinds of evils happen in the body - including the hardening of the arteries, heart disease, and cancer. McCully injected rabbits with homocysteine, and it almost always resulted in the hardening of the arteries.

My own independent research confirms that elevated levels of homocysteine increase levels of hydrogen peroxide. Hydrogen peroxide is unstable and can become a radical - meaning it wants to eat up electrons. Generally, in a living organism, that's bad news, because the taking of those electrons means stealing them from our cells - which often leads to the destruction or death of such cells. (In fact, for now at least, I've concluded that a major cause of aging is the build up of hydrogen peroxide in the blood. Perhaps others have reached the same conclusion, but through independent deduction, this is my theory, until a better one comes along; from a biochemical perspective, aging is caused by elevated levels of hydrogen peroxide.)

A good metaphor would be an assembly line run by gears. Someone throws a monkey wrench in the gears. As a result, a number of widgets on the assembly line start piling up and falling to the floor. Is the problem the backed up widgets or is the problem the wrench in the gear? Assuming this analogy is correct, regarding cholesterol, Western Medicine has decided to solve this problem by cleaning the widgets off the floor and not remove the wrench from the gears. (The main drug for it is called statins.) A simpler way of putting it, is that rising cholesterol is part of the smoke, not the actual fire; it's the effect, not the cause. But when we see smoke and fire, it's easy to say that the smoke causes the fire, even though it's the other way around.

So, now you may be asking yourself - what causes these problems, and more importantly, what's the fix? Well, according to both scientists (and me as well), is that the problem lies in the Standardized American Diet (SAD). If this topic interests more people, I'll write more, I suppose.

Hope you found this piece interesting.

PS: After writing my article on Brussels Sprout sauerkraut, I found a scientific article that showed that changing the gut bacteria of a fish, expanded the fish's life by 40%. Gut bacteria appears to be the next trend in biological sciences.
Posted by Paul C. at 12:09 PM