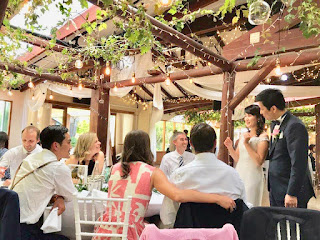 After exploring the City of Auckland with an new Northern Irish guy I met named Pete, I had to head off to a Korean-Kiwi wedding. Pete told me about all the conflict between the crown loyalist and the Irish nationalist. He had a cool accent. I told him about how I wasn't allowed to go to those areas according to the US State Department back when bombings and shootings were taking place. We drank coffee a lot together. He even told me about how Game of Thrones was filming outside of his front yard. After drinking a glass of red wine with him in the Auckland City Central, my judo sensei and I had to head off to the wedding.

I knew two other people at the wedding - the groom and my judo sensei. We all knew each other about eight or nine years ago. We were all part of an immigrant community, and we needed each other to survive, because we didn't have family in New Zealand. So; there was a special bond between all of us.

My immigration experience in New Zealand really helped me appreciate my parents more. I remember my first year in Kiwi land was tough, and I spoke the language, and I had a good education. When my parents arrived to America - they couldn't speak the language, and they didn't have an education. I can only imagine how difficult their lives were.

My favorite memory with the groom was that we took a car and slept in it the night before our hike at the Tongrariro Crossing. It was a last minute trip; that's why we didn't even have a place to stay. I remember looking at the stars that night, and the sky was lit with a million glowing stars. Now he was getting married, and I was at his wedding.

I also remember that my judo sensei, and I would walk to the rocky beach on a beautiful Sunday afternoon - when the sky was bright blue and all the families were eating and drinking at the beach with their children. They would help me carry my dive gear then, as I'd dive for abalone for all of us. 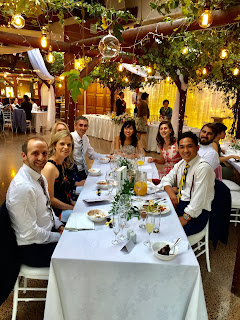 The groom got married at a destination kind of wedding. Most of the guests were Korean, Koreans from the Republic of Korea and Koreans that were native kiwis. The venue was beautiful, and you can see the pictures below.

The ceremony was short and beautiful. We all had a good time.

It was time to start getting ready for my journey to see my friends in Wellington. 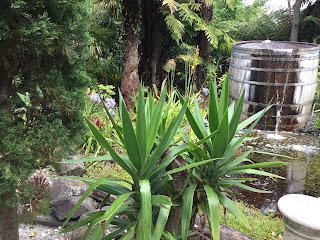 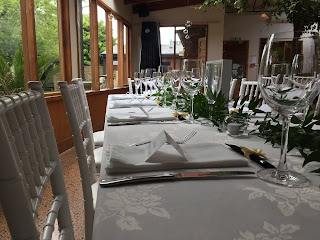 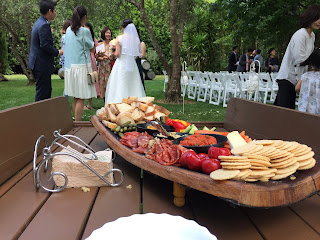