I had to write a letter to Michael Jeffries, who basically said that he won't make clothes for fat girls because they're uncool.  A&F doesn't want uncool people to represent.  He apologized, but it was so half-hearted, I wrote him an open letter.

Furthermore, on this blog, you get to see a preview of our boxing photoshoot that's going to go into our summer advertisement campaign.

Open Letter: Thoughts On Your Apology

Dear Mr. Jeffries:
I am writing to address my slight disappointment in your apology.  First, I’d like to introduce myself.  My name is Paul Cook; I am perhaps everything you define as a “cool” kid.  I have a dual degree in arts and science, an international Masters in strategy, and law degree from a prestigious law school.  As a hobby, I travel the world, and my passions lie in social justice and activism.  In addition, I am also an amateur boxer, and logically, the training to be one, conditions my physique so that your clothes are a good fit for me.  By me wearing them, as your marketing strategy predicted, more of my friends have and want to purchase your brand.  The only problem though is that I may not be so “cool” by your definition because I am not white; I am Asian, Korean-American to be specific.

Though I have ignored and dismissed the rumors and allegations of A&F’s discriminatory hiring practices and personnel issues, even against Asians, I found it difficult to intentionally ignore the recent media storm fueled by your 2006 remarks.

How your remarks came to my attention is apt to share.  A friend, a pregnant Taiwanese woman who has in recent years struggled with her weight, said, “Paul, you need to see what the CEO of A&F said.”  My head boxing coach, of Latin descent, also flagged the controversy for me.  When I read the open letters addressed to you in the Huffington Post and other newspapers, I felt a deep sense of guilt, shame, and embarrassment.  This is because I realized that I sponsored a disturbing message both directly and indirectly - directly with my monies and indirectly by billboarding your image on my body.  The message is this: Uncool people unwanted.

Think about such a message.  When I was a junior higher, and my parents were going through an awful divorce, I was an uncool kid.  I felt and was at times blamed for their failure of their marriage and the atomization of our family.  As a teenager, I could hardly bear such projected and unmerited blame, but nonetheless, the weight of it all shattered my self-image.  So much so, I was bullied, isolated, and made to feel one of the most awful feelings no human being should ever be subjected to: No one wants me.   Sadly, the message from your heart and spirit, articulated in your interview, sanctions and legitimizes and perpetuates such a message.

Although those times have passed, I find it heavy on my soul that I may have promoted or am promoting the inculcation of such an evil.  If you, in your personal life, have been wounded by such rejection, cruelty, and the insecurity of others, then I ask, you carefully consider how your “strategy” slowly acclimatizes a society into accepting the bullying, mistreatment, and alienation of the weak, marginalized, and poor.

To show how much I formerly loved your brand, I have attached some pictures, in which I wear an A&F shirt for our non-profit amateur boxing promotional.  I would like to speak to your public relations spokesperson on how to now best deal with the matter now.

I thank you for your time. 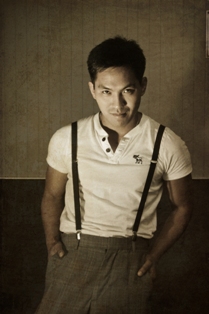 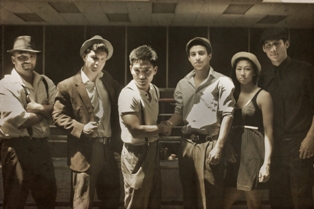 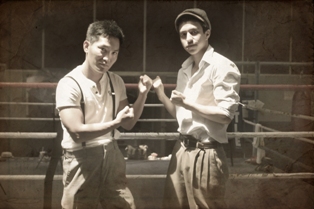 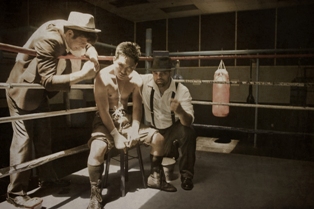