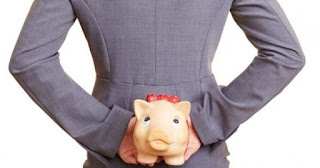 The City of Baldwin Park most likely has several secret bank accounts. The one I'm most interested in is the Baldwin Park Franchise Fund, which is the one that Royal Coaches used to pay for all the cars that were stolen and impounded from the poorest of poor. In a four and a half year period, the City received $2.3 million, while the towing company received $11.4 million. You can read more about all of the details here. Baldwin Park's Towing Scandal

In response to a question I asked about the banking statements of the account, Kristi Russell, Baldwin Park's City Clerk stated that the finance director said there's no such fund. Really, the checks were deposited into the General Fund, even though I have all the checks that say to the Baldwin Park Franchise Fund, not to the City of Baldwin Park. Furthermore, Thomas Himes, former investigative reporter stated that Baldwin Park is using four different bank accounts to conduct its scam operation.

After reading the paragraph above, did you find something wrong with Russell's excuse? If you spotted that what Russell said is hearsay, then bingo, you have a sharp mind.

In simple English, hearsay is when you say, "I know this to be true, because John Doe or Mary Jane told me." You didn't see it yourself or hear it yourself from the source, but you heard it from someone else.

In our social world, we're often using and trusting hearsay - as it's the informal tool of communication. But in a formal context, hearsay is unreliable, and in this case, it really seems that it is untrustworthy because the City has every motive to make another misrepresentation so we don't know the truth of where millions of dollars of the property of others that was stolen went.

This is another trend that Baldwin Park is now engaged in. The first trend was just saying they don't have records, when they really do. The second one, is that they're now relying on other people's statements, instead of the actual person stating the fact itself. So, Carrillo did this in our last trial. He wrote a declaration that he called Craig Graves, the former finance director, who told him the records are no longer there. No. If Craig Graves wants to make that assertion, he should submit a declaration himself. So, that's legal lesson 101 for today. (By the way, law students hate the hearsay rules, which drives them nuts in the class of evidence. But for me, I loved evidence in law school; loved it!)

It appears to me that these employees are doing whatever they're being told to save their jobs. In the Nazi trials, a famous defense arose called the Nuremberg Defense (named after the city where the trials were held) - which went something like this: "I killed millions of Jews and gypsies because my boss told me. Since it was my boss' fault, I should be found not guilty." Commonsense and the International Criminal Courts stated that such a defense does not apply when the person knows what they're doing is morally reprehensible. So, obviously, if your boss tells you to kill someone, you're supposed to say No and quit. In a similar vein, if someone tells you to lie for someone, you're supposed to say No and bear the consequences or quit. (So, I don't feel sorry for these employees - who are just perpetuating more and more corruption.)

All of this makes me wonder how many other bank accounts does the City use to launder money? How many bank accounts is Manny Carrillo and the BPCCC also in charge of? Well, we the people need to know. I end by quoting one of my favorite jurists, Louis Brandeis: "Sunlight is said to be the best of disinfectant[.]"
Posted by Paul C. at 1:28 PM