How Baldwin Park Police Picked on the Poorest of the Poor for Profit: To Protect and Serve or to Harm and Steal 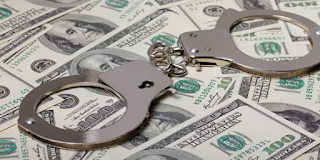 The Legal Lens discovered that the City has a secret bank account called the Baldwin Park Franchise Fund, which it used (and may still use) to collect profits from Hispanics by racially profiling them. For years, the Baldwin Park Police Department would racially profile Latino, mainly Mexican drivers, to pull them over, in hopes that they didn't have a license. Then, they would impound the car in storage for 30 days. Because the drivers were often too poor to pay the fees, the cars would be sold at auction to eager buyers. Essentially, the police department and the tow company stole the cars of tens of thousands of Latinos and reaped in millions of dollars.

After three court orders, (the City didn't want to comply with the first two,) the City of Baldwin released records showing that the from January of 2009 to July of 2013, the City made a profit of $2.3 million. During that period, they towed 15,247 cars. The tow company, Royal Coaches, alleged to have made $11.6 million.

The City Clerk, Kristi Russell, said that the Finance Director, Rose Tam said no such records exist. But, that the City could provide summaries of how much was in the funds. That was agreed upon.

Apparently, the City had a large meeting with the directors and the chief of police to discuss what records were going to be released. They decided to give the matter to the City Attorney Robert Tafoya. Tafoya stated that no such records exist, even after the finance director admitted to having some records.

This leaves us citizens of the City left with two questions. One, who took all this money? We want to know who would be cruel enough to pick on the poorest of the poor to enrich his or her own bank accounts. Tell us.

Secondly, it questions the effectiveness of the California Public Records Act. Having a law that says cities need to release records should be enough. Moreover, having a court order should be plenty. Having three court orders is overkill. What's stopping a city from just lying and saying: "We don't have records." This is precisely what Baldwin Park's been doing.

Fortunately, the court stated that if Julian Casas wanted the bank statements, he could send an order to the bank to release the bank statements. So, yesterday, Casas's lawyer did precisely that, and subpoenaed the City's bank - Bank of the West.

So, let's see what happens.

This City is living within a nightmare conceived by the greed and brokenness of the Mayor and Council Members. It is all of our jobs to purify and drive out such disease and uncleanliness from ours homes, which rots away at our conscientiousness and festers, especially if we do nothing. As Kurt Cobain once said: "The duty of the youth is to challenge corruption."