Letter from a French Mansion in Lima, Peru 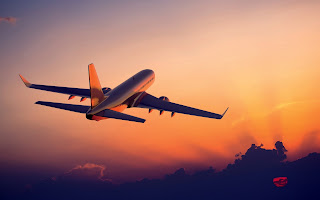 Today, I arrived early in the morning into Lima, Peru. The flight was a little over eight hours. It was an easy flight. I ate dinner, while watching one movie. (I saw Logan, and I found it very disturbing, especially the fact that children were portrayed as heroes and heroines for acting out brutal acts of violence. Very disturbing; indeed.) Despite the movie, I slept a little, and when I woke up I was in Peru.

On the airplane, I saw the mountain peaks poking through a blanket of clouds, which looked more like a layer of white and shiny liquid crystal. Against the morning sun, the mountain tops looked like black and grey and granite shark fins, popping out of white sea foam. Never seen that before, but it was an awesome sight.

Everything about getting to Lima was easy. No traffic to LAX. No problems at the airport, except TSA seemed meaner than usual.

Right when I landed in Lima, there was no queue to get passed immigration. You didn't even have to fill out any paperwork. The immigration officer took my passport. Looked at it. And stamped it.

Then, I took a five minute walk to the bus stop. The bus knew where to take me. It took about 40 minutes. I paid $1 for the ride.

Like the start of many of my trips, (perhaps all of them since I came back home), it felt bittersweet. I had so many conflicted feelings about leaving. Part of me wants to stay at home and be with my family. Incidentally, we have a new member of the family, a hatched chick. It's only five days old, and they (it's gender neutral now, which appears in vogue now in America), brings much joy to my mother. 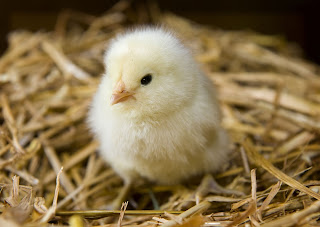 This time, my cat Jeh Pan seemed to know that I was leaving. I guess he's picked up on the rhythm of when I'm leaving home. He laid down on the titled kitchen floor. (It's cooler to the touch, especially on a hot summer day.) He put his head down and seemed down.

I asked my mom, "What's wrong with Jeh Pan?"

She said, "I think he knows you're leaving."

I finished my last appellant opening brief for the court in Tuttle's case. Perhaps, I'll write more about it later. But in general, regarding litigation, I feel burnt out. I think I've repeated that phrase a number of times in the last few months: "Burnt Out". The Chinese say "Jia you," when you're burnt out. It means: Add fuel, like you're driving on empty.

I don't know if that's how Chinese people feel. For me, I just feel toasted and hollowed out and purified (or destroyed) by fire. Fire does that. It tests you and puts you through trial (no pun intended). A spiritualist told my mother once that I was a child, born of the fire element.

The courts have not been our friend in this last round of litigation. It has let Baldwin Park get away from not releasing records, not obeying orders, and thus, keeping up with their corruption. So, I need a break.

I only have a one way to South America; so, I don't really have any plans on coming back, unless there's something urgent.

I guess that's why I was kind of sad to leave. I didn't get to say goodbye to everyone that I wanted to. But I wanted to thank everyone who has supported me and all those who helped me get this trip off the ground.

(Incidentally, before I left, I bought my male blue ram cichlid a girlfriend. He didn't like her at first, but the two seemed to be getting along better before I left. I'm glad; I didn't want him to be alone. No one should be alone. And, I just wanted to randomly mention my quirky fixation on understanding, studying and connecting with animals to better know about relationships, cycles, disease, aging, life and death.)

People have asked me how long I'm staying? What I'm going to do? Where I'm going?

To all three questions, the honest answer is: I don't know. I don't have any plans. I really don't.

Last time that happened to me, I ended up staying in New Zealand for three and a half years.

I don't know anyone down here. And, I only have a one way ticket, a backpack full of books, and a carryon with clothes.

I think I feel like the Californian writer John Steinbeck, when he traveled on the Pacific. He said, "I was born lost and take no pleasure in being found.” ― From Travels with Charley: In Search of America.
Posted by Paul C. at 8:04 AM