The Helper Cell Driven Solution Model of the Coronavirus (Covid-19) 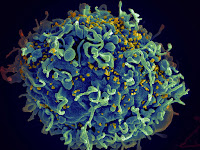 Immunity to the Coronavirus, unlike the typical flu, is CD4 driven and not CD8 driven. That's the key to understanding immunity and treatment of those infected with the disease. I wrote an earlier theory article about how it works here, but I now have a clearer thesis for the solution.

Since writing my last article on Corona, I have two new insights, which led me to conclude that Corona immunity must be CD4 triggered.

One, children are not likely to be vulnerable to Corona, as explained more thoroughly below. (I have corrected this in my first article.) Two, I still believe that there are similarities with this virus and HIV, but it may not be in the suppression of the immune system.

This new data suggests that there's an independent path to immunity that is CD4 driven and not CD8 driven, which defies conventional knowledge. There may be two types of CD4 cells. Conventional knowledge currently says there's only one. The solution to the problem lies in increasing CD4 counts in the infected.

A New Class of Viruses

It appears that a new class of viruses are emerging that evade initial detection from the killer cells or CD8. These viruses are Corona, SARS, HIV, Hepatitis A (HAV), possibly Herpes, and others. Currently, we're taught that the killer cell contacts the virus, which kickstarts immunization. CD4, or helper cells, were always thought to be recruit cells. But this isn't true.

Experiments with Hepatitis A prove otherwise. In Hepatitis A, the first line of attack against HAV is from CD4. Vaccination is also difficult to produce. For immunity to be vested, experiments have shown that CD4 levels must be high. For this reason, immunity will not develop with those who have low CD4 levels.

This theory also explains why HIV antivirals work against Corona and SARS. Although not completely understood, there are two viable possibilities.

One, these classes of virus must have the same capsid development. In other words, their similarity must lie in the production of its protein shell. If the enzyme within the capsid development is blocked, then replication is slowed or halted.

Two, it can also be that these antivirals work by blocking the respiration and related metabolism of these viruses - which is a controversial idea. It's controversial because viruses without a host are thought not to be metabolizing. Although I wouldn't suspect this to be the case, it's important not to rule it out without more evidence.

HIV antiviral medication must be blocking an enzyme in either capsid development or metabolism. These classes of viruses have a key enzyme that's required for their survival or replication.

The new class theory also explains why adults and older adults have a difficult time fighting Corona. As adults age, the ratio of CD4 to CD8 declines. As a result, the virus can go undetected by killer cells, replicates, and produces a surprise attack on the body in mass.

(I personally don't believe that mortality rate is at 2%. SARS mortality rate was closer to 9%. Seeing they're almost the same type of disease, except that Corona appears to be a lot more contagious than SARS. Both diseases, however, have a mortality rate that is age dependent.)

The data from HAV suggests to me that there are two types of Helper cells or CD4 cells. Our testing may be grouping them together as one.

I propose this. The first type is a patrol type that are designed to be a front line attack against viruses such as these. The second one is a recruited type of cell that has been formed from a blueprint in mass to eradicate the disease.

Elderly and Immunocompromised are at Risk

Both the elderly, and those with pre-existing diseases, like hepatitis and HIV, are at greatest risk of dying from Corona. If you followed my theory, the reason is simple. Both groups have lowered CD4 counts.

It's been recognized that both Corona and SARS infects children at a lower rate. Follow my logic again from the top. Children have a higher levels of CD4, in general, than aging adults. Hence, they're capable of defending against it. In the same vein of that logic, children are more susceptible to the common flu, because immunity requires CD8 counts to be higher, which adults have, but not children.

To immunize against this disease, CD4 counts must be high before vaccination. To treat someone infected, CD4 counts have to be raised and the replication cycle of the virus has to be broken. It may still help to raise CD8 counts. Finally, raising CD4 counts can prevent infection from the disease, one just has to be sure doing so doesn't make one autoimmune.

There's a bigger picture here, though, that's not isolated to Corona. It's this: the initiation of immunological memory can be initiated by another pathway triggered by CD4. Also, it's very likely that CD8 cells can be comprised into two types: patrolling cells and recruited cells.