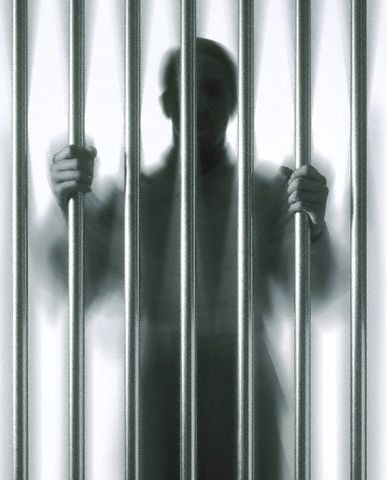 Earlier in the year, after the City of Baldwin Park fired the head boxing coach, I booed the Director of Parks and Recreation at a city event at the city park. I also leafleted. Five Baldwin Park Police (aka Bullying Park Police) grabbed me, put me an arm bar, and threw me onto the streets. When I walked back into the park, I was arrested; strip searched by a woman police officer, who taunted me; and was left in jail for three hours. All this, because Princess Mayor Lozano couldn't stand me passing out articles that told the truth. The Director of Parks and Recreation launders money for the city.

I want you to stop and think about what this city has done to us innocent citizens for trying to make a difference in our community. First, the City of Baldwin Park trumped up charges against the boxing coach, accusing him of having an inappropriate relationship with a minor. He worked there for fourteen years and was on minimum wage. For all this time, he was given a forty cent an hour raise. All the boxers did was protest this wasn't right. Now is there anything wrong with that?

But for doing that, they also arrested me, jailed me, and then attempted to destroy my reputation. The Mayor filed a restraining order against me because I was an alleged stalker, harasser, and perjurer. Well, none of this worked because the incompetent City Attorney, Robert Tafoya, kept losing to me - over and over again - in court. (Someone needs to go back to law school.)

I want my readers to know we live in New Tijuana. Baldwin Park had a memorial that said, "It was better before the Whites came." The statement drew so much outrage from Americans, it forced Council Member Puerco Pacheco and Princess Lozano to take it down.

I think these public officials and administrators forget we live in America - where we have a Constitution. I know they want this to be Mexico City - where they can be dictators - but here, in the United States, the common citizens have rights and a Constitution. The Constitution is an agreement between the government and its citizens about what it won't do to harm us. What don't they get about this?

My insiders tell me that the Council Members were trying to get something out of the fact that they didn't prosecute me on my misdemeanor. Just for the record, I was going to take the whole case to trial to be vindicated by a jury of my own peers. It's ridiculous that these public officials were trying to get something out of me for something illegal they did against me. My guess is they were trying to use it as leverage so they could get a better deal out of the case they lost against the boxers. I'm so outraged at their tactics, I wish I could tell them to go screw themselves.

They really are criminals, all of them: Susan Rubio, Cruz Baca, Puerco Ricardo Pacheco, Corrupt Raquel Garcia and Princess Lozano.

Last year the Baldwin Park Police were complaining that they were such good protectors of our safety and rights, and that they didn't deserve to be replaced by the Sheriffs. The truth is there are some nice officers there and were sympathetic to me that day. But I think all of them need a reality check about what they're jobs really are and what their duties are. Violating the Constitution is not one of them. But when these goons, the Baldwin Park police, arrest and jail you against your Constitutional Rights, it becomes evident that they're the real enemies. That's why they should be known as the Bullying Park Police - get it I was bullied at the park.

And get this, the Chief of Police -the infamous Alcoholic Michael Ray Taylor - twice divorcee - and twice bankrupted - still wants more pay - after he fired a boxing coach (he was acting and wasteful City Manager at the time) who asked for forty cents more. Furthermore, the Baldwin Park Police are all complaining they don't get paid enough when they're average salary with perks is almost $100,000. Why do they deserve such a great pay raise when they pick on innocent citizens, abuse their power, fire the dedicated, and don't even understand our Constitution?

All of this is unbelievable. Baldwin Park is truly the Shame of the San Gabriel Valley and should be renamed Nuevo Tijuana.

PS: If you think my language is strong, imagine for one second that all you were doing is writing the truth about the largest criminal organization of your life: The City of Baldwin Park. And for telling the truth, you have five police officers grab you, arm bar you, arrest you, jail you, and try to arraign you on misdemeanor charge (for not doing anything wrong). Then, the Princess Mayor of your city writes a bag full of lies to try to get a restraining order against you from all city property. Almost everywhere is city property. Remember; we're supposed to be living in America.

In any event, I'm grateful to God that none of their evil schemes materialized against me.

Personally, I've been really busy with my cases and in court often. I'll write more soon about what these goons have been up to, since winning our trial against Baldwin Park (Nuevo Tijuana).
Posted by Paul C. at 1:08 AM