Why We Fight II- Letter to My Boxers 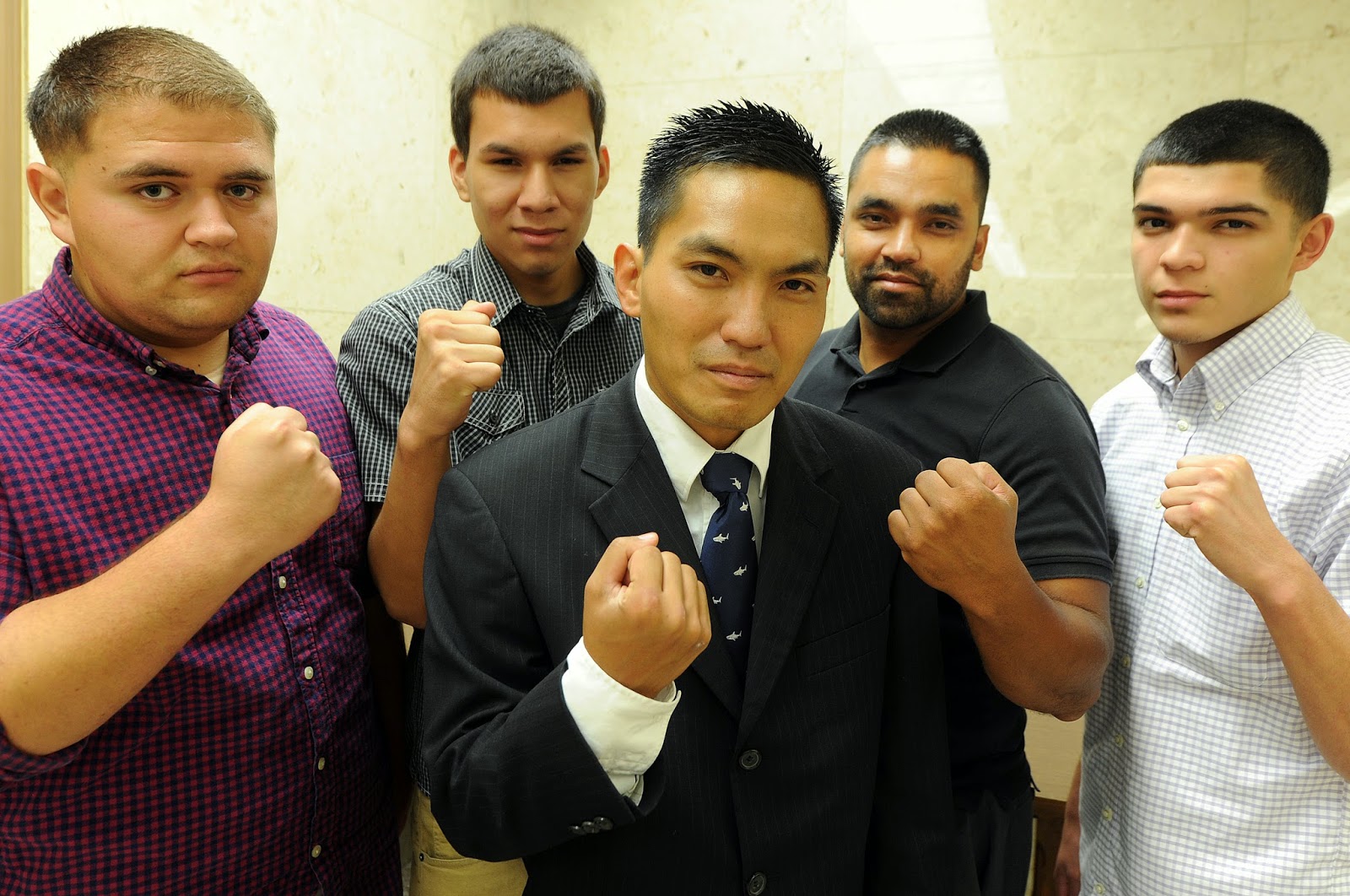 I haven't written in awhile because lots has been going on. I took a trip to San Francisco. I was invited to speak in Santa Cruz on how to stand up to bullying cities (like Baldwin Park), and I filed two intermediate appeals on one of my cases. The appeals required me to work until midnight every day, but the great thing is, if I win, I'll ask the Appellate Division to publish the opinion. Then, I make law in California. When I was a teenager, I could only dream of making such a difference in the world. After all, Los Angeles is one of the great cities of the modern world.

I also didn't write regularly because I got sick in Santa Cruz. I guess meeting so many people increases your chances of getting a cold. Plus, there was a cold snap that hit San Francisco, and it seems that such changes in the weather weaken the immune system.

Nonetheless, I'm up and running again. My kitty Jeh Pan (Trial) is also up and running. I enjoyed how he watched me print my appeal petitions. His head tilted and seesawed as he stared at the printer spitting out court documents. It was like watching a cobra dancing to the snake charmer, but instead, it was a printer commanding a cat. I guess Trial likes to watch court papers being run. He also dashes around, and some times too quickly. So, when he tries to stop himself, he ends up sliding on our wooden floors and crashing into the wall. Poor kitty. My mother says he must've been born prematurely.

Well, while feeling like a drudge and in the hustle and bustle of a lawyer's life, I thought a lot about what we're really fighting for. Why do I publish articles on the child abusing and money laundering Manny Carrillo, the Director of Parks and Recreation, and the City Council Members and Mayor? Why do I publish how the Police Association is stealing from our community and abusing community members, in violation of our God given rights? Why do I publish that our unfit Chief of Police has filed for bankruptcy twice and is a raging alcoholic with no self-control? I mean, what's the point? When does it end?

The reason is that we fight so that our youth can still have dreams. I start by saying that almost all Americans, with the exception of the Native Americans, came to this country from a foreign land. Even if it wasn't your parents or grandparents, someone in your bloodline, made the difficult decision to abandon their homeland to come to a country of potential promise.

The Europeans used to tell each other that the streets of San Francisco were paved with gold. And when those foreigners left to become Americans, the times and conditions of their homeland were horrible. Those with ancient American roots can claim that they left England and Holland because they were targeted by the crown because they refused to bend the knee to to the Pope or King of England. They only wanted to have the freedoms that we proclaim makes us a great people and country.

Some, like my parents left because the country was torn asunder. When my mother left Korea, she said the children had lice in their hair and crabs on their body. And many Mexicans, escaping their hopeless situation of poverty, chose to cross the border into the free country of the States.

This point is relevant because the city I live in is comprised of 90% immigrants, mainly from Mexico. Therefore, like many generations before them, they've become part of the 250 year history of journeyers. Think about that: a quarter of millennium, this country's message of hope has brought throngs of people on a pilgrimage to leave their homes in search of a place that promised them a new life.

Now, in Baldwin Park, the City Officials and administrators scheme to steal that promise of hope and a better life from our youth. That's exactly why we oppose them and fight back.

When Manny Carrillo and the Chief of Police, Michael Taylor, fired the innocent boxing coach, who cared for the kids, they tried to paint him as a pedophile - without evidence by the way. Now, our gym has decayed into a shamble. And to "fix it," of all things, they hire a violent criminal to put the children at risk and expose them to corrupt values. How senseless are these people?

What makes me most sick is that in three months, our incompetent City Attorney, Robert Tafoya, charged the City nearly $100,000. That's $400,000 pro rata a year. He gets paid this much for malpractice, losing, getting his client sued, and shaming Baldwin Park. A judge even told me to file a bar complaint against him and told him to never forge a document to the court again. How can someone get paid almost half a million a year for all this?

When the overpaid and the under-performing steal everything from the city bank account, our youth will have no future for them. So, the most horrible part of Baldwin Park is that these City Council Members have transformed it into the same third world country that many of our family members and ancestors have abandoned. One only need to look at all of their abuses and slanders they heaped against us.

In short, there's two conflicting visions here of darkness and light. The city council and administrators want to steal all the money from the city to become rich. They just have to do it in a way as to not get caught.

I have a vision too. It's too see that my youth, my boxers, grow up to be the men and women that our forefathers and this generation would be proud of. But at every turn, the city attempts to thwart us. We fight for a future for the next generation. They fight to destroy it. We can't let them do this.

This weekend though, I realized that my dream is becoming a reality. When the Parks and Recreation Director and Chief of Police fired the head boxing coach, with the council support, in May 2014, I told the city council members that this won't stop me from casting a dream for our youth. I know that one day, one of them would see the same cliffs in Italy that changed my life. To be honest, I don't know why I uttered those words. At the time, I also couldn't foresee how these poor youth would ever escape Baldwin Park. They never even go visit Pasadena, which is only 12 miles away. Some of them have never even seen the ocean.

On Friday, however, I had lunch with one of my boxers - who is now going to community college. And he told me, he followed my advice, and enrolled in the study abroad program at school. In two months, he was going to Italy for four months. He was scared because he didn't know what to expect. I was excited. My blood chilled. I blinked twice and said, "You are?!" Maybe, he'll overlook the same cliffs I was at and see the same sapphire blue sea that left a haunting memory shimmering in my mind forever.

When I was 30, I witnessed an event that had a profound impact on me. From it, I learned this: Good prevails over evil. Light drives out darkness. And love can raise the dead back to life.
Posted by Paul C. at 6:34 PM