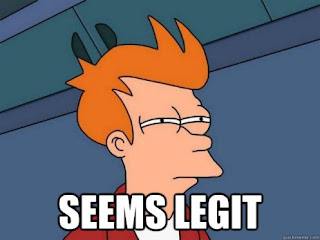 On the news, there have been two deportations related to identity theft, one in particular has erupted in mass protest, against a mother who has been deported from Arizona. This article, though, explains why identity theft is destroying our democracy. In short, identity theft is required to commit massive election fraud, otherwise known as ballot stuffing.

The American news stations and papers have been saying there's no proof of election fraud. Nothing could be more wrong. In this short article, I'm going to prove to you how it's done and that it is happening in our so-called democratic country called the United States.

The first step in election fraud is that you need bodies, living or dead. The second step is harvesting. The third step is maximizing the effect. Here's the recipe book for election fraud.

Let's talk about the undocumented voting. An aside, historically, in New York, the Irish and Italian immigrants were used by the Tamney Hall group, most infamous one being Boss Tweed. He bribed judges and officials to naturalize as many immigrants as possible. Now, it's being done with undocumented Latinos, generally.

After the bodies are found, then you need to assign them a social security number. These are usually stolen or bought off the black market.

So, last week, a Mexican mother was deported under Trump, for identity theft. Obama, although he knew about it, didn't deport her. Protests erupted. A number of groups cried foul. You can read about it here. Mexican mother deported from America (What these groups didn't tell you is how identity theft is destroying our country.)

Even the New York Times had to admit that one case of election fraud was discovered. For it, the green card holder was convicted for 8 years. See story here. Illegal Voting Gets Texas Woman 8 Years in Prison, and Certain Deportation.

Then, you multiply the effect by millions. Social security already knows that at least one million undocumented people are committing identity theft. IRS Failed to Notify Taxpayers of Theft of One Million Social Security Numbers It's estimated that it could be really up to 4 to 10 million undocumented stealing American identities. The incredible fact is that federal law makes it illegal to discover who stole your identity, meaning federal law makes it illegal to track down undocumented people stealing identities.

The final step is to create a black list of these undocumented voters, register their stolen identities to an address where harvesters can fill out their ballot, and presto: you can rig an election and defraud the American people.

This article is non-partisan. The Republicans, according to Greg Pallast, stole the Bush v. Gore election in 2000 with a different type of election rigging. Pallast explains how. It's a form of not ballot stuffing but ballot blocking. (In fact, it's my personal view that today's American outrage over politics can all be traced to the Supreme Court's poor decision to steal the election on George W. Bush.)

To be sure, the solution will not be as easy as to just deport people. The solution to this type of problem is transparency. The American people need to know in detail what's happened and happening regarding ballot stuffing. Then, we as a people, have to collective arrive at a solution for all those who have defrauded us.

PS: Have you noticed a lot of this identity theft comes from Texas, particularly Brownsville? Where does our Mayor and Monica Garcia come from? That's right: Brownsville. Pacheco is from El Paso, Texas. It appears they may have learned the trade in Texas and brought it to California.
Posted by Paul C. at 11:21 AM