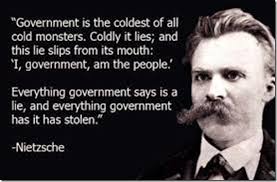 I've been on Sabbatical now for 91 days; an entire season has passed. In the North - summer turned into fall - and here in the South - winter becomes spring. Incidentally, a pastor once told me that it takes a season for a person to change their bad habits. This is the third part of my sabbatical trip, which I spent in the Andes Mountain Ranges. (The first part was in the Amazon Rainforest, and the second one was at the beaches.) I described my time in the Andes to one of my mentors as "mystical, inspirational, and healing[.]" There was something about seeing ruins - the ghostly and skeletal remains of a civilization that once lived; the cloud forest - which hides great secrets and beauty; and the generosity of the local people, a great force that can change a person's heart and mind. I've avoided reading or watching the news - as one avoids the plague. But whenever I see glimpses of it, I know that the Western World (along with developing worlds) have a problem with corrupt governance. And for years, I've been thinking about how to fix it. I think I have a two part solution.

The first part is if you work for a government agency that orders you to do evil things; resist! Don't do it, or do it badly, or do it slowly. If you're brave enough - blow the whistle on what you're superiors are doing. Governments through history have warred against the idea that there is a god or a higher power, because those in charge would like to believe they are gods. This is laughable and pathetic. As a government worker, if you believe in a higher power, a God, or a personal conscience, all such evil orders are inferior to such a higher power. In other words, it won't be an excuse later to say - "I was only doing what the boss said."

No. You know the difference between right and wrong; so do right - so in the end, you can say, no matter the consequence - You did the right thing, despite such orders. The only reason evil people are in power is because government employees are following orders; once that ends, and nobody listens to those giving orders - they're out of power.

The second part of the solution is that we as a society need to call for the prosecution of government administrators or public officials that lie to us. (If we lie to a cop or to courts, it's a felony - called perjury. When they (politicians and administrators included) lie to us, it's called politics. We need to do this; so that we continue living in a free world we can be proud of, and we can ensure that resources exist for the next generation to advance our society in all it's realms: science, technology, and most important of all - law. Currently, our governments and corporations are stealing these resources from us and the next generation, and covering it up by lying. We need to and can put an end to their theft.

As citizens of a free society, we must now question what people in government are telling us. Martha Gellhorn, the first journalist to write on the Nazi Concentration Camps, said to never believe what governments tell you and to question everything. She confronted an American General in the Pentagon and stated: "Why did you kill so many people then lie about it?"

We now live in a world where lies are born out of government violence, and government violence needs redemption through its lies. And for what? For money - money that needs to be stolen from others and not created by them. Their greed harms so many.

Fortunately for us, the propaganda and ideology of governments and the corporate states are failing. They're demanding that we believe them, just because they've been elected or have status or have a title. Such arguments go - "The president would never say that." Or "The Mayor would never say that." Oh, but they do tell lies, all too often.  (It used to be that we had faith in government because of a war on communism, but without such enemies, governments are saying believe us because we're the government.) I don't think so. We've finally come to a time where government propaganda and ideology are on the brink of collapse. By this, I mean that the reason for their evil and existence can no longer be justified by some foreign or alien power.

Currently, the Ninth Circuit Court is crusading against lying prosecutors - who will hide evidence, fabricate evidence, and lie - just to get a prosecution. But because there are no consequences for prosecutors conducting such misconduct - which can destroy the life of an innocent person accused, they keep doing it. The sad fact is that the Ninth Circuit has found that the state court system is in collusion with these prosecutors. You can read about it here: For Shame.

In my own experience as an attorney, I found politicians lie and play dirty often. Take for instance the City of Baldwin Park ("the City"). The City's lied constantly to stonewall us from finding the truth under California's Public Records Act. Sadly, the courts (including the higher courts) prevented us from getting to the truth. In the end, part of the truth was revealed, and it was discovered that the City of Baldwin Park was engaged in the largest towing scam in America's history. The City was stealing the cars of the undocumented, and in a five year period made over $11 million. The money most likely went into the accounts of certain police administrators, public officials, and the towing company. But, the City refuses to tell us the truth about that money. That money was stolen from the poorest of the poor in our society - just so that the Mayor could have several houses outside of Baldwin Park.

The police, and the police union of Baldwin Park constantly complain they're not getting paid enough for "protecting" the community. But when it comes to the vulnerable needing help - where are they? (Let's not forget all the harm done to the rights of common people for speaking the truth against public officials.) To these employees (and to everyone, actually), I ask what did you do to stop the evil of the scheme against the poorest of the poor? Did you protect people who were speaking the truth - especially when it was helping your cause as well? I'm sure these questions will resurface later and not by me.

In any event, it's not futile or hopeless. We all need to follow our conscience and do our part in ensuring a better world for all of us, and we know if we're doing our part by what we do for the most vulnerable in our society. Better worlds can, and do exist. (Read about the deaf educational program I found in Peru.) Remember: "A good person brings good out of the treasure of good things in his heart[.]" (Luke 6:45).
Posted by Paul C. at 11:57 AM