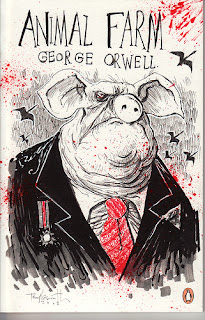 The purpose of this post is to show you how difficult it is to hold a public official, like a Mayor accountable, even when one is sued personally. I'm also going to tell you why that small claims court judge was wrong and what I'm going to do about it.

Some background first. Mayor Manuel Lozano filed a temporary restraining order against me because he didn't like me exposing who he was and what he was doing. Read about it here: http://alchemistcook.blogspot.com/2014/07/mayor-lozano-files-restraining-order.html

For instance, he complained bitterly to the judge that I posted he was a bankrupt security guard. Yes, this personal detail matters. How do we expect someone that can't even manage his own finances to manage a city bank account of millions? That's right; no wonder why Baldwin Park is getting into bankruptcy because the people don't know how to manage money. (Who in this town doesn't have a bankruptcy? Even our Police Chief, Taylor has one.) The Mayor was also upset that I called him a racist against his own people. This is true too. In 2009, he stole $1.2 Million from the undocumented. Read about it here: http://alchemistcook.blogspot.com/2014/07/mayor-lozano-files-restraining-order.html

So, the Mayor filed a Temporary Restraining Order against me based on lies. http://alchemistcook.blogspot.com/2015/02/mayor-trial-resuls-good-bad-and-ugly.html

The TRO judge saw right through that and denied his order and said I have the right to tell the truth.

I felt violated though. This entire city wanted to get a restraining order against me so that I couldn't go to City Hall and protest them at the public park. I mean, aren't those basic rights of being an American citizen? I just couldn't believe they spewed so many lies to do that too. When people say to trust government, point them to the story of Baldwin Park and what it did to Paul Cook through Mayor Lozano.

Nonetheless, I was grateful that day to the TRO judge and my friends. So many other people who have spoken the truth before me have suffered a lot worse: Jesus, Ghandi, Sophie Scholl, and many others.

Nonetheless, I was violated because a City slandered my character by trying to paint me as violent. I don't even have a traffic citation against my record. I'm 5' 3" and weight 128-132. All this - for telling the truth that the City has also been engaged in a money laundering scam regarding their non-profit.

So, while running at Mt. Sac, a local community college, I got this idea. It was late at night. The moon was beaming down on me. A night owl flew over my head, perched on a tree, and watched me. That owl must've been my muse that day and brought me some genius insight.

Why don't I sue the Mayor, personally in small claims, for abuse of process and malicious prosecution. Now, personally means that he'd have to pay if he lost - not the City. And that's the right result. Why should the City pay his bill for doing something evil? Can you believe that Mayor still asked the City to pay for his fees if he was found guilty in small claims at a Special Meeting? (Now you can see why he's bankrupt. He carries out his need for revenge, fails, and then charges it to the city, like it's his own personal credit card.)

The trial was good fun as well. I'm glad my friends supported me. It made me feel wealthier.

In contrast, the Mayor came alone. For someone that has a great democratic constituency, he had no one show up for him to be with him in court.

The most pathetic part was when Lozano claimed that being Mayor meant that his job included doing evil things like file restraining orders against his citizens. So, he should be immune from prosecution. I mean: come on. I had to tell the judge that Lozano was relying on the prosecutor statute, and that although he's a security guard, that doesn't make him a prosecutor. I should've added: and he must not be a good security guard if he can't handle people mocking him - too.

But getting the court ruling was really disappointing. It ruled I couldn't file for abuse of process because TROs are basically barred from an abuse of process claim. The Appellate Law holds otherwise. So, I don't get it.

It also argued that I couldn't file a malicious prosecution charge because the Mayor consulted with an attorney first; therefore, he made a good effort to determine that he had a claim before going forward. I don't think so. Those two conspired against me to shut me up and paint me as crazy. How is that a good faith effort?

I should say I appreciated that he changed his tentative to suggest that the Mayor was a liar. The court stated that Cook and his witnesses "strongly disputed" the Mayor's version of events. The court should've just come out and called our shameful Mayor a liar because that's the truth.

In any event, I was most disappointed with the fact that the court said that I should know there's limits to Free Speech and that it was good that the Mayor filed a TRO because I stopped going to City Council Meetings. The small claims court also quoted from the newspaper instead of the official TRO judge's ruling. (Does anyone find that as strange? The judge's ruling is official. What the newspaper reports on is not the judge's ruling?) The TRO judge told me to not go near the Mayor because she implied he'd lie again and file another TRO against me.

In the end, the Mayor's TRO kind of won in a big and bad way. He sent me a message. You speak the truth against me, this is what's going to happen to you. They chilled my speech and my democratic participation. The sad part is that the court found this to be a good thing.

Also, how could a court encourage people to make up lies and file restraining orders against peaceful citizens - like myself? Now - that certainly is not living in a civil society. But then again, governments like Baldwin Park are unsafe places, not because of the people, but because of people running it - like the Mayor.

Small claims is the perfect forum for what happened because the typical activist doesn't have tons of money. He or she can't litigate in a big courtroom and someone like the Mayor will of course hire an attorney. But in small claims it's just the activist against the Mayor, personally. And that's how it should be, if a Mayor does something as vile as he did to me - he should answer for it himself. And I'm happy, I got him to answer.

Well - we all learned some thing. Even though, I don't think that judge liked Lozano much, the courts don't want people suing people who work for government for this type of stuff. But that's sad. If we can't hold public officials accountable for their misconduct personally, then the courts really are telling the people: just shut up and don't talk bad about government - even when they are wrong.

In any event, after many activists encouraged me and after reflecting about it for awhile, I've decided to appeal the case by writ. The chances of writ review are low, but hey, so are the chances of Mayors getting sued in small claims court. So - I press on!

PS: I've filed my first Cal. Supreme Court Petition. If it gets granted, (which the chances are low), that means the Justices of Cal. Sup. Ct. will know who I am. Now that's cool. I've decided, I'm going to take this case all the way to the State Supreme Court. Yes, chances are low of getting it heard there, but hey - once again - when will I get the to tell the Supreme Court Justices to hear a case on a bankrupted security guard Mayor who goes around filing restraining orders against his own citizen?
Posted by Paul C. at 10:29 PM