Several days ago, Baldwin Park Walmart forced me to give out my social security number for using a pre-paid visa, which had several hundred dollars on it.

It just goes to show that Baldwin Park's Walmart is just as bright as Baldwin Park's administrators and public officials.  After all - Baldwin Park is the shame of the San Gabriel Valley.  It has one of the highest teenage pregnancy rates, nearly 44%; water that's so polluted with tetrachloride that you can develop cancer and Parkinson's; the most obese children in California; and the worst air in California - you can get cancer just from breathing it in.

Now, even their merchants put customers' identities at risk.  I had gift cards from the holiday season with hundreds of dollars on it.  But because I was using visa debit cards, my name was not on it.  As a result, the employee swiped my card and debited several hundred dollars for the item I was purchasing.

After I had purchased the item, she said, "I want your social security number."

She said she wouldn't release the item until I gave it to her.

I said, "You know this is illegal to do."  (This is true under the Beverly-Song Act, in which the California Supreme Court recently ruled that even collecting a zip code in connection with using a credit card is an unwarranted invasion of privacy by the merchant.)

She replied, "Are you telling me how to do my job?"

"You're telling me how to do my job and you're not gonna get what you want."

She then asked, "So tell me your social security number?"

I thought, Could she really be so stupid to make me say it aloud?  I thought about it.  They had me hostage.  Either give them the social security number or I lost my money on my debit card.

This incident actually happened again, when I used another prepaid visa I had from the holidays.  And this time, the same employee named Mandy brought her supervisor.

He told me, "Every time you use a pre-paid visa we're going to ask for your social security."

I thought to myself, This sucks.

You would think a merchant would learn after Target promoted identity theft.  Guess not.

Walmart could care less if someone steals your identity.  How do I know the lowly paid employees won't try to take my social security number?  They certainly have the incentive because Walmart doesn't even pay them enough or offer health care benefits.

On Feb. 5, 2013, an executive representative called me from Walmart.

He told me that Walmart was allowed to collect social security numbers.

I rejected this because I looked up the law and it doesn't apply to Walmart.

I asked the representative, "Can you please go back to your general counsel [which is their internal lawyers] and confirm what you're telling me?"

"Are you telling me, if you're wrong, you won't change your policy?"

That's Walmart for you.]

On The Year of Victory - Letter To My Boxers 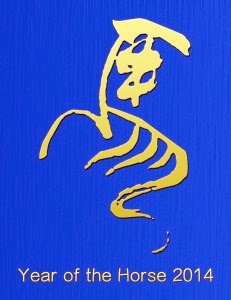 Dear boxers (especially Lyle and Christian, wherever you two are):

First off, Happy New Years!  I have a feeling that 2014 will be great for us.  I mean it from the bottom of my heart.  I wanted to share with you what 2013 meant for me.  I've been thinking about what I wanted to write to the two of you for the entire month of December.

The question I asked myself was: What was 2013 all about for me?  I thought and thought and realized that 2013 was the Year of Victory (as well as the Year of Hope) for me.  This makes sense because hope drives victory, and in turn, victory affirms hope.

In order for victory and hope to shine, there needs to be something to fight for, something to believe in, and a present darkness that needs to be pierced.  In the winter of 2012, I walked into the boxing gym of Baldwin Park.  It was in shambles.  The punching bags were ripping.  It was open half its operating time.  There weren't enough coaches.  The place felt dead and in effect was dead.

And I don't want to admit it, but I was suffering emotionally and spiritually.  I was back in Baldwin Park, a place I vowed to myself I would never return to.  I had just gotten the bad news I failed the bar.

When you worked so hard at something, invested so much, and did it at such a high stakes level, the news feels earth shattering and devastating.  For many of you, it might be a failed marriage, a bankrupt business, not getting into a school of your choice, or sadly for one of my friends a lost loved one (the friend's brother crashed into a tree at high speeds and died instantaneously), and all types of other stuff.

My point is that life is filled with tragedy, darkness, and even being placed in situations that seem futile.  The boxing gym was one of those problems.  The second one was the phantom of a failed exam, looming over my head.

But if you fast forward, much has happened this year.  In December 31, 2012, I was the only one there and the coaches.  On December 31, 2013, exactly a year later, there were several rounds of sparring.  And with that sparring, came the thumping and the hitting and the strategies and the spectators watching.  There was the whipping and hissing of jump ropes against the mats.  There was beads of sweat on boxers' faces and the ground.  And most importantly, there was the bond of community and the making of fighters.

Regarding the bar, you all know I'm a licensed attorney now that has filed several lawsuits already.  (Our favorite one is the one against Baldwin Park).  Passing the bar felt like a burden had been lifted from my shoulders.  After I passed, I remember telling our boxing coach Julian, "I'm not happy that I passed the bar.  I'm just happy I don't have to take it again."  I hope you caught the subtly in those two sentences; I was willing to take it again (as many times as it took, until I passed).  I just didn't want to.

I think towards the end of 2013, I could say with good conscience that I understood what author Anais Nin meant when she said, "I postpone death by living, by suffering, by error, by risking, by giving, by losing."

So, after all the reflection, I wanted to say this about 2013.  There's nothing wrong with losing, making mistakes, or risking.  Nothing.  And if you get knocked out in life, you have to get back up.  Defeat is upon you - only if you stay down.

Thus, what I hope I can say about you one day, and what I hope you can say about me is this: "I have fought the good fight, I have finished the race, I have kept the faith."  That is a life worthy of living.  So, let's press on to remember what we're fighting for and what we're in the race for.

You might ask me how to get up when you feel defeated or when the shock of loss overcomes you or when grief overtakes you.  It's harder and simpler than it seems.  You move forward one step at a time, whatever that may be for you.  Decide what that step is, don't look back, and have the courage to take it - as baby as it may be.