Update on Life - June to August 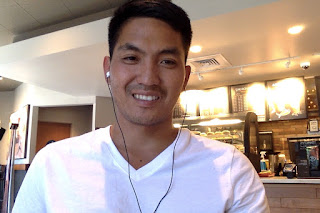 Summer's come and is leaving soon. Since I last wrote, a pair of red-headed finches set up a nest outside my bedroom window. Four chicks hatched. And when those chicks were ready to fly - they were gone. The male finch had the most beautiful song, a kind that can drive out evil. I believed he was singing for me. My mother would say - "He's not singing for you." But she agreed, that his voice sounded light and airy and cheered up even the most sick soul. It was amazing to see the four little chicks being raised and fed by both parents every morning.

I'm sure, if the Emperor of China had heard his aria, he would spend a fortune and request all his ministers to catch the bird and have it caged. But if that happened, would the song be the same?

So; imagine my sadness, when the family was up and gone one day. They didn't even tell me they were leaving. All that was left was an empty nest.

Joy can come from such random events, and during this season, that was one of them. It was amazing to wake up every morning to hear beauty and truth.

I just hope next season they come back and set up a new family.

My mom's taken to feeding a cat family - a father, mother, and kitty. I told her not to, because now they won't leave. But she told me, "Well, I imagined how sad it would be if Jeh Pan [our cat, named Trial] became homeless. Who would take care of him? So, I'm going to feed them."

I sighed, annoyed. But what could I do? No amount of talking or reasoning was going to change her mind.

On a sadder note, one of our hens died as well. There was a territory fight amongst the three hens. And the bully one harassed the weaker one, which flew over to the neighbor's yard, which had a dog. The dog bit into her, and that was it. She was done.

That was hard for my mother - as that was her favorite hen. She came to us in bad shape. A random person gave it to her. But after raising it for a few years, it looked like a beautiful chicken - with brilliant feathers and a great personality.

The ironic part was that she asked me to clip it's wings a few days before it died, but I was too busy. And another thing - I never ever seen it fly so high. What a bad incident. Well, I'm looking for another hen - if anybody knows of one.

Sorry, I haven't updated in awhile. Court's opened back up, and as a result, everything has become due in July. It reminded me of a scene from A Few Good Men, when the legal team works over 12 hour shifts and orders in Chinese food, while they're strategizing and researching what to do for trial.

Although legal work isn't physically laborious, it definitely starts to take a toll on the body. I told my friend that I don't think humans are meant to do so many hours of this kind of work. (Soon, I'll update everyone on my cases.)

For now, I'll say it's been a tough fight, but I feel alive and well and I can keep fighting on. As the Scriptures say "We are hard pressed on every side, but not crushed; perplexed, but not in despair; persecuted, but not abandoned; struck down, but not destroyed." (2 Cor 4:8-9, NIV).

Back to Scripture, I was leading a Bible Study. It's been interesting, because I didn't expect to do this. But I'm convinced more now than ever that young people are hungry to learn about truth, spirituality, and faith.

I'm sure some people will criticize me, because of Los Angeles reentering lockdown and the pandemic. But, it is my personal faith that we can't be concerned with only keeping our bodies alive. We're spiritual beings that need to have our souls fed and nourished too. This is why Jesus said - ‘Man shall not live on bread alone, but on every word that comes from the mouth of God.' (Matt. 4:4, NIV). Also see the Scripture that says: "For where two or three gather in my name, there am I with them." (Matt. 18:20).

I'll give one sample of our lessons. Yesterday, we had a lesson on character. And what is it? What does it look like? Why is it important?

Romans 5 states, "Not only so, but we also glory in our sufferings, because we know that suffering produces perseverance; perseverance, character; and character, hope. And hope does not put us to shame, because God’s love has been poured out into our hearts through the Holy Spirit, who has been given to us." (v. 3-5, NIV).

In today's world - people are so concerned with their outer image. Their clothes. Their cars. Their shoes. Their body. But Proverbs 31 states that character should be what people see in us. For people with character are clothed with "strength and dignity." (v. 25, NIV).

But can you physically see character? Does it have a color? What's the material its made out of? No; it's not an object that's physical. But you can certainly see it when people have strength and dignity as their outerwear. And that was the summation of our lesson, though obviously there was more to it.

And other than that, I've been running a lot - since the boxing gym has been closed. This week, I estimate in five days, I've ran 40 miles. I feel good; I feel amazing. And I love running at night - in the peace of the open sky, moon, and night animals - such as my owls and coyotes.

At home, I've also been learning more on food and repair. Before court opened up, I finally fixed my oven and water heater. The oven particularly was difficult to diagnose, because of electrical problems. I haven't had time, but I'm hoping to celebrate and bake southern country biscuits and banana and bacon cookies.

But in general, my mom does the cooking, which she relishes. I've been relegated to doing a lot of cold cooking - especially the making of sauerkraut. Also, I figured out how to ferment peppers to turn them into homemade Tabasco and Sriracha. I'm fairly certain the live bacteria are vital for good health.

Recently, I successfully also did a lactic acid fermentation on tomatoes to make ketchup. After, I added truffles and fish sauce. Honestly, best ketchup of my life. Really; I'm getting good at all of this fermentation - which is a lost art.

But a special tribute to my mother. She's taught me a lot - as she knows how to make her kimchi. And she's even said - "You just copy all my techniques." Well; of course. For the most part - fermentation comes down to the correct techniques and expertise. I feel like I'll be keeping that part of our family legacy alive.

I just ended with an insight I learned by watching an interview with one of the most revered ceviche Chef, Chef Javiar Wong. When I was in Lima, Peru, I tried to get a table there, but it was booked. If I remember correctly, his place was booked straight for two months.

In his interview, he says that mastery of ceviche comes down to simplicity. Wong says that he would die a happy man if he could figure out how to simplify it even more. I was wowed by that insight.

Even before watching the interview, this week, I was thinking the same thing. If I could only make the practice of law simpler - it would look like art and elegance.