White American Mother Suffers Because Of American Deportations Against Latinos

Well, my client's case (and the Boxing Lawyer) made it on the front page of La Opinion yesterday.  The article became the cover story.

Here's the story translated for you.  I ask if you find it sympathetic, please share it with as many people as possible.


Elizabeth Valdez, wife of a Mexican, had her husband and two daughters taken away because of the United States Immigration Laws Regarding Latinos. 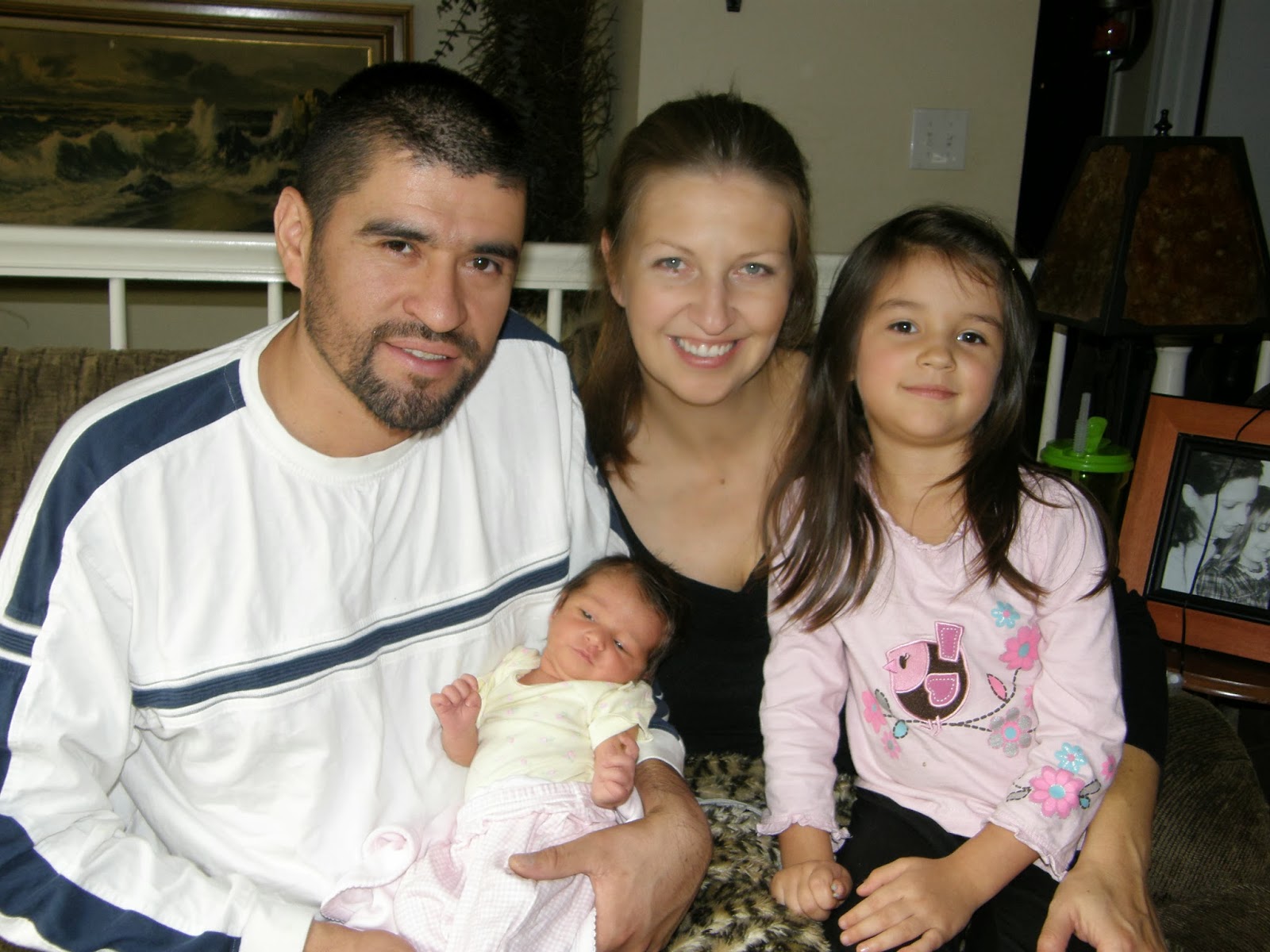 On January 7, Elizabeth Valdez left half of her heart in Zacatecas, Mexico. She spent Christmas and New Years with her deported husband and two daughters, but returned to solitude in Seattle.

"I cried all the way back," Valdez said in a cracked voice (her maiden name is Booze). "It's hard to be at home now that it's empty," added the Anglo American, who married the Mexican National Rafael Valdez in 2006, who has lived in Washington State since 1996.

The married couple had started the process to legalize Rafael, but in 2009 a traffic stop sent his case to immigration court. But last year, although the couple attempted to prevent his explusion, Rafael was deported to Mexico.

"For me, it’s as if I’m an incomplete person. I feel empty,” says Elizabeth, 39, through a telephone interview.

Her life took an unexpected turn in September when Rafael took their daughters Maya, age 5, and Catalina to the Mexican state of Zacatecas. This happened because her salary as a waitress couldn’t cover childcare. Both agreed that the kids would be better off with Rafael, until they decided what to do.

From his mother’s house, Rafael, 36, states, “I brought my little girl with me when she was still 11 months and still breastfeeding with my wife. My other daughter cries every night. It’s hard to be without my wife. It’s very stressful. It’s brought me to tears because of our helplessness.”

Born in Bellevue, Washington, Elizabeth is part of a newly emerging class of victims affected by the broken immigration system: Anglos impacted by the deportation of their partners. Her story rejects the stereotype that only Hispanics mourn their partners being deported across the border.

"I don’t believe the broken immigration system hurts just Latinos, but all people from all cultures,” says Elizabeth, who says her family is also suffering from this situation. “My brother misses his nieces. My father misses his grandchildren. They both miss Rafael. They feel bad for me,” she says.

Thousands of families have been divided by these deportations. In the first half of 2011, under President Barack Obama’s administration, more than 46,000 parents of American children were deported from the United States.

Paul Cook, attorney for Rafael Valdez, explained that Rafael has few legal options to return to the United States because he re-entered the United States twice without papers. Congress passed legislation in 1996 that makes him an "illegal immigrant for life. "

Cook stated, “Many families are being impacted by this horrible situation because of this 1996 law.”

On her free afternoon, Elizabeth only thinks about returning back to Zacatecas, which is difficult and hard for her to do. (The plane ticket costs about $900 USD). She’s considered living with Rafael’s family, but the climate of the Mexican State is not right: Rafael’s brother was kidnapped last year.

Rafael states, “I do not leave the house out of fear because [the kidnappers] are already keeping tabs on me.” The Zacatecano points out that, “I know my wife wants to come here, but I am afraid that something might happen to her.”

Before the Valdez family was separated, Elizabeth’s mother and sister passed away.

She requests that the Obama administration change its policy to lessen her pain.

“It is not fair not to have options; I can only wait for a miracle,” she said

[The original article can be read in Spanish here:
http://www.laopinion.com/noticias-no-solo-los-latinos-sufren-deportaciones-anglosajones  ]