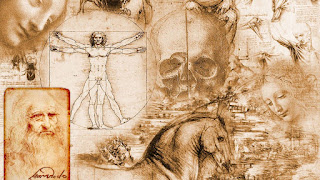 I've been on a modified fast now for 44 days. It's been tough but rewarding. (By modified, my fast is more like the style the Muslims practice during Ramadan. I eat once a day in the evening.) I decided to fast to lose some weight, but I continued for spiritual reasons.

In general, I practice a dry fast once a year during Yom Kippur. I started this in 2015. For those of you who don't know, Yom Kippur is the holiest Jewish holiday of the year. For about 24 hours, you don't eat or drink or put anything into your mouth. Along with other practices, you repent (or say you're sorry) for all the things that you've done wrong that year. You make peace with all your relationships during that time. And, after it's all over, you're forgiven by God. (Before this, I only fasted once in high school.) Then the New Year begins. Great way to start the New Year on a clean slate.

Of course, it's a tough holiday, not like our American ones of feasting and indulgence. Not only are you not eating or drinking, but you're thinking about all the things you've screwed up during that year.

So, one year I didn't do it. Why? Too hard. Too inconvenient. And the consequences weren't good. My year really didn't go as well.

Back to my current fast. I probably had two times that were really painful. The first moment came the first three days into it. I had terrible and incredible and sharp hunger pains. It made me realize I was addicted more to food than I realized. But I endured.

The second time came around the third week. The sharp pains left. But I was fatigued often and feeling cold. And I asked why I was doing all this? I also hit a weight loss plateau. I was ready to end the fast. 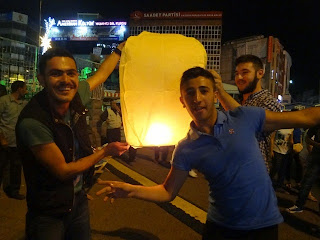 But I continued during this time, because I thought if the Muslims can do this for 30 days, I can do this too for 30 days. I was impacted by my trip in Istanbul in 2015. I came during Ramadan, and I watched an entire country fast for weeks. I remember the festivities after Ramadan was over.

I was also influenced by my time in Mauritius (an island off the African continent, literally on the other side of the world of Los Angeles) in 2018, when the owner of my apartment fasted for Ramadan. I remember asking him if he was happy the fasting time was over. And he said, "No. I'm sad. It was a reflective time." The response left me somewhat puzzled. I thought he would be happy to eat again and feast. But I understood probably into Day 30 of my own fast, what he meant.

I found fasting important, because it made me realize that I'm more than just my body and that I'm not subjected to my appetites and desires. The New Testament for this reason states, "'Food for the stomach and the stomach for food'--but God will destroy them both." (1 Cor. 6:13). It means that we're more than just flesh and bones and a need to consume food. Hence, we need to subject our appetites and desires to self-control.

Both the Old and New Testament command humbling one's self before God. The Prophet Ezra said, "I proclaimed a fast...that we might humble ourselves before our God" (8:21). Thus, the most practical easiest way to humble one's self before the Lord is to fast. (Incidentally, John Wesley, the founder of the Methodist Church, would disqualify candidates from ministry who didn't fast.) There's so much talk in the Christian church but not enough practice of actually humility in fasting.

Now, I know that I have a lot of atheists and agnostics who read my blog. And if you got this far, then, thank you.

One last hero that fasted often was Gandhi. He led the entire Indian nation in a fast, which helped in destroying the power of the British Empire without ever firing a gun back at them. The power of a national fast against the oppressor awakened the spirit of hope.

During this time - I realized the importance of saying No to the excess we have in the West. Fasting has and continues to teach me the power in conquering myself, who is my own worst enemy often.

For this reason, Saint Augustine once said, "Fasting cleanses the soul, raises the mind, subjects one’s flesh to the spirit, renders the heart contrite and humble, scatters the clouds of concupiscence, quenches the fire of lust, and kindles the true light of chastity."