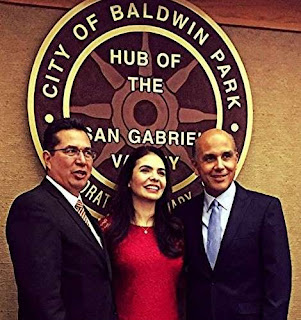 A federal grand jury has issued subpoenas seeking information about cash and other payments to public officials and cannabis consultants as part of a criminal investigation into pot licensing in Baldwin Park and nearby cities, The Times has learned.

Federal authorities, including agents from the FBI and Internal Revenue Service, have been interviewing witnesses and are seeking a wide range of records regarding Baldwin Park city officials who approved cannabis licenses and consultants who helped businesses obtain the permits, according to interviews and a copy of a grand jury subpoena reviewed by The Times.