California's State Controller's Office published a report, which states that the City of Baldwin Park failed the audit because of corrupt practices. According to the report, the City has “serious'' lack of internal financial control measures, “resulting in poor contracting and accounting practices and a questionable pay increase for a top city official.'' Almost 50% of the city's internal controls are not functioning. In other words, city officials and administrators are treating the city's bank account like their own personal one.

For instance, city officials and administrators ran up credit card expenses over $153,820. Imagine if you had a credit card where you can run up $10,000 a month and not have to pay for it. Of that money, the auditors discovered that about $9,000 of that money was spent on "meals, hotels, online retail-store purchases, and other miscellaneous expenses without itemized receipts or descriptive invoices." Former Council Member Ricardo Pacheco has been known to max out government credit cards as well at strip clubs.
Other problems are that the Council Members and Administrators want the City to pay for incredible lifetime benefits, even when they stop working for the City. For instance, although former Chief of Police, Michael Taylor was already making the maximum amount as chief of close to $200,000, he still demanded an extra $41,233 increase, rendering his pay closer to $250,000. This way, Taylor and his wife will get paid exorbitant paychecks, even though he's already been fired from Baldwin Park (twice, actually). (In fact, Taylor admitted to marrying his wife, so she could receive benefits, to screw over Baldwin Park financially for firing him.)

As an aside, Taylor paid back Pacheco to vote for his lucrative pay raise. After Taylor was elected on West Valley Water, he created a new job for Pacheco as an assistant general manager, but Pacheco was exposed for maxing out credit cards at strip clubs. Instead of punishing Pacheco, Taylor voted to pay Pacheco over $142,000 for spending government money at strip clubs.

Amongst a slough of other problems, the audit discovered that millions of dollars have gone missing. $507,176 went into a project that was discontinued after a year. $3.4 million is unaccounted for with a contractor called AAE, owned by Sid Mousavi. Did this money go back to the public officials and administrators? In total, that makes closer to $4 million missing.

The City Manager, Shannon Yauchtzee, disputed the audit's findings. Even though millions of dollars are missing and the City is and will be paying extravagant bonuses to him, administrators, the Mayor and Council Member, Yauchtzee said that the problems were of "non-conformance" and not problems of "serious deficiencies" as alleged by the auditor.

Clearly, Yauchtzee and the City Officials are in denial that the findings are valid and raise concerns.

The audit only covered the years of 2016-2018. Therefore, it didn't pick up on the fact that in 2019 - the City Council voted to budget themselves approximately $6,700 a month for going to two meetings a month. Imagine getting paid $3,350 for going to a meeting and voting. 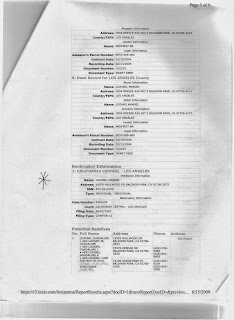 Currently, the Mayor has alleged the City is in a financial crisis. Thus, the parks and recreation program, including athletics and the senior center are closed. And although there is nothing for the Director of Parks and Recreation, Manuel Carrillo, to manage, he continues to get paid over $250,000, if not closer to $300,000 when benefits are included. (It's been alleged Carrillo hasn't even graduated form high school.)

Now; it appears that the extravagant costs of the administrators and public officials, like Mayor Lozano, are getting paid so much that the City can't pay for its basic services to the public. In other words, the City's brass is getting paid incredibly more, while doing almost nothing. This is the logic of the Lozano administration. Only if we can all make millions for kicking back.

For these reasons, the public protested Mayor Lozano and Council Member Garcia and Hernandez, accusing them of being corrupt and demanding their resignation. Lozano is asking for a federal bail out of $6 million to solve the problem.

Such thinking has led to his own personal bankruptcy once, if not more times. Because a bankruptee is leading the City, it's not surprising the it's moving in the direction of a municipal bankruptcy rapidly.

The solution to the problem is that the public needs to know where all this money went. For this reason, U.S. Supreme Court Justice stated, "Sunlight is said to be the best of disinfectants; electric light the most efficient policeman."
Posted by Paul C. at 12:16 PM