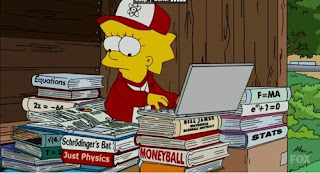 Merry Christmas everyone! I hope everyone is enjoying time with their family and friends.

For me, it's been a typical litigator's Christmas - which means that I've just been working and working and then working some more. I squeeze in time for boxing and running and managing errands, but in general - it really has been the days of the lawsuits, filing them, defending them, and prosecuting them. That just means a lot of paperwork, research, and writing.

Not all has been bad. From time to time, I've been able to hang out with friends this Christmas season. And that's been fun.

I got the best gift this year. I had a personalized thermos. The signature of my name is actually done by hand. Wow!

Anyways, again have a Merry Christmas and a Happy New Year!

My cat, Jeh Pan (Trial) stood up, hunched his head over the green bucket and looked down at the black water. He reminded me of a Turkish gypsy looking for love. She gazes into her brewed tea, desperately hoping answers will surface for her in the tea leaves.

What was Jeh Pan looking for in that water? What questions could a cat even have?

Jeh Pan pawed at the dark water in the bright green bucket, pressed his nose into it, and then licked and tasted the dark water. After deciding whether he liked the taste or not, he excitedly came to me and sat between my legs and watched me siphon off the dirty aquarium water into the bucket.

I haven't changed the fish tank water in awhile, and by the looks of it, it was time. For some reason, my cat tends becomes fascinated when I clean the aquarium. He wants to bond with me during this time. I still don't understand his thrill with aquarium water changes.

It was a lazy Sunday. And I woke up with a refreshing and amazing deep sleep. I ran 7 miles yesterday out on the streets. Friday, it was the same. I usually run in the hills, but with all the rain that's been pouring, I decided against it, because rain makes mud, and mud destroys shoes.

I know. My last pair of boots were destroyed in the mud. It's because of the suction created by the mud and the force of lifting your foot out of it. That's what you call real wear and tear.

I have a new pair of running shoes too; so, the last thing I wanted to do was destroy my new running shoes. Perhaps, when they get older, I'll worry about them less.

I needed a long run. I was reading a book about the children of alcoholics yesterday. The testimonies were powerful but disturbing and sad.

For instance, I read the story of a bulimic, who turned into an anorexic, who turned into a kleptomaniac. She married an abusive man, who cheated on her and blamed it on her weight. Every time he did, she purged. This in turn led her to be 6 feet tall and 105 pounds. Her teeth were dissolving from her stomach acid, which she spit out. She was killing herself to feel loved.

It only confirms my theory that the children of addict parents are cursed. They either become addicts themselves or co-addicts.

Not a happy read; so, forcing myself out to run, in the rain and cold and night was grueling. But I called on that Korean discipline inside of me and just started running. I remember how many times my Korean judo instructor, a woman, would tell me: "Did you know, I had to swim in ice water at 6AM to start practice? So I don't ever want to hear you complain about practice." Oh, she was tough. Real tough.

Today, outside, it was dark and cloudy and rainy. I enjoyed watching the water spray against my window. The tiny drops reminded me of beads of crystal translucent pearls glued to glass. I was at peace to hear and see the pitter and patter of the rapping rain against my window. It sounded to me like a soft drum roll.

Earlier in the week, I sparred. It didn't go well. My opponent, someone significantly taller and heavier, hit me too many times in the head. He was 30 pounds heavier than me.

I picked it up in the second round, as I wasn't expecting him to be so aggressive in the first. My coach was much happier with my performance then, as my focus concentrated and I changed tact and strategy and landed a number of body shots and a hook. Nonetheless, I should've landed more punches and harder ones at that.

I was disappointed in myself. Inside my chest, I felt a burning shame for not doing as well as I could've. Even though the people who saw the matches were my friends, I still felt the pain of a bad performance watched. I analyzed what went wrong and decided I didn't have enough experience in the ring. There were too many factors that I didn't encounter enough of.

But that's life. You can't win them all. I told myself that the experience could only be salvaged, if I had learned something from it all.

And guess what? I was back the next day at the gym, to work on those lessons without pride or motivation.

The next day, my head paid the price too, with a headache. And to make things worse, my car transmission had failed.

I had work to do too. The work never stops.

In any event, I managed to get through the week. The mechanic loaned me another car. Before that, this week involved a lot of walking.

But even with my failed car, I was touched and grateful that each day I had a ride from someone at the gym. That was very kind of the people who made the extra effort for me.

On the news front, this weekend the Tribune wrote a story on the First Amendment lawsuit, regarding hanging a banner of him as a jackass. I was quoted in the article. I said: "This lawsuit is about protecting the people’s democratic right to openly and freely criticize our elected officials without censorship".

Finally, besides working on litigation, I've been reading a lot. In the last 10 days, I've probably gone through 9 books. Four left to go. My current topics are on addiction, substance abuse, recovery, and tea. I've quit coffee; so, I'm drinking tea instead now.

What have I learned from all this reading? My insight and conclusion on all addictions is this. The root cause of all addiction is pain, shame and guilt. The root solution of all addiction is being forgiven and forgiving others. The latter statement is important, because I haven't seen this proposed in anything I read. I propose that forgiveness is the remedy for addiction.

(I haven't read this directly, but this is what I conclude. Probably at some point, I can write an article about it - but like most of my innovative papers - the current establishment will probably disagree.)

Regarding tea, I find jasmine tea to be beautiful. I also enjoy oolong but need more experience to learn more about her.

Soon, I'll have a whole series of new topics I'll learn about. And that's always exciting.


Well; that's it for now. Tomorrow is new day and the beginning of a new week. Apparently, it'll be sunny tomorrow and that's always a good thing in my book. Perhaps tomorrow morning, I'll find Jeh Pan walking in circles in the dining room. I'll pick him up and squeeze him. He'll meow. And my mom will hear it and scold me, saying, "Stop squeezing the cat."