The Boxers On Their Night Out 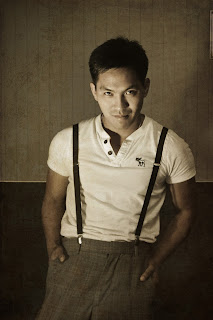 The boxers launched a blitz against the City of Baldwin Park for ten days. They ranged from open letters, to discussions with directors, and ended with another City Hall meeting.

Perhaps, my favorite day of the blitz was on day seven.  On day seven, the director of parks and recreation tried to place strict controls on the boxing club.  Instead of working with the boxing program, he was upset that our coaches had made the cuts in the boxing a public issue, and he also wasn't too happy with our City Hall presentations.

He sent his managers to constantly watch the boxing coaches and the players, hoping and hoping there would be a moment in which we would screw up.

The boxing coaches didn't miss a beat.  They were training the kids, as they would everyday.  Nobody was messing up because my coaches care and are dedicated.  But yet, instead of the director having a supportive attitude to the program, he attempted to tighten his grip on it so that he could use it against my coaches.  No cigar.  He found nothing, except . . .

There was one point in which a staff member messed up.  She brought in balloons filled with helium.  She tied them to the ring of the gym.  Then the managers spotted the balloons.  One of them thought it needed to be taken down.  He went to go in and check with the director.  The director, who gets paid $160,000-$180,000 had nothing else better to do than to order the destruction of the balloons.  They were popped.

He came into the gym and asked the staff member what the balloons were for.  She brought them in to celebrate Jose's boxing victory in Tijuana.  You can read all about it here.  Jose's Fight in Tijuana  From what I was told he didn't look too happy about making the order about getting rid of the balloons after he found what it was for.

I walked into the gym around 6pm.  I was dressed in suspenders and a dress shirt.  The director met me and looked puzzled as to why I was dressed.

I asked him, "Are you sticking around?"

"Oh, so do I.  Is is the fundraising event?"  I pulled out a number of yellow tickets and fanned them out.

His face brightened with surprise.  "Yeah, that one," he muttered.

"I'm glad you're supporting the city."

I could tell he was wondering what I would do at the fundraising event.  Out in the foyer, I saw my high school teenage boxers.  They were all dressed up like they were ready to go to prom.  The boys looked sharp and smart and spiffy.  The girl boxer looked very pretty in her dress.  Her skin was more earthy in tone and made her look more Indian than Spanish.  We all looked so nice.

We walked to City Hall, where the fundraiser was.  The majority of the patrons there were elderly women, as they all came from the Baldwin Park Women's Club.

While people were plating up for food, I tried to teach my teenage boxers social skills.  We went up to every person present at the dinner, shook their hands, and introduced ourselves.  The youth and myself, all dressed so spiffy, must have greeted 50-60 seniors.  The best part was when one of  my boxers said, "Hi, I'm Christian.  It's a pleasure to meet you, ma'am."  He just came off as so well mannered.

What I noticed most was how neglected the elderly were.  I could tell when they held your hand longer than they should have.  But it was great to see that connection and human touch between older and younger.

Furthermore, since it was all women, they loved that we had a woman boxer in our entourage.  Nobody could believe she was a boxer.  She was certainly the star of the evening, and rightly so.

At one point, one of the woman patrons asked when they could see her box in a tournament.  I called the director over.  She asked him when tournaments would start.  He didn't have a good answer.

He turned around and asked me, "You called me all the way over for this?"

She smiled and said, "Thank you."

Towards the end of the evening, the boxing program was given five minutes to speak.  I was told, however, by the director that I could not speak for the boxing program.  But when he saw the teenagers appear confused by the decision, he relented.

I said, "I knew we were invited to a historical society event.  But it seems more like the Baldwin Park Beauty Pageant to me."

After the chuckles, I reminded everyone about the future of Baldwin Park.  I introduced each boxer and explained their profile to each one.

The group applauded.  A lady, who sat next to the Councillor who hated our boxing program and the director asked, "What kind of law do you practice?"

I said, "Constitutional."  The two powers had a frown on their face.

After the dinner, all the boxers walked back to the community center.  There was this sense of pride all of them had.  They were recognized.  We were certainly the stars once again.

Join the fight.  Share the story.  Understand the City has retaliated against the teenagers, the coaches, and myself now.

Since the release of the post, we haven't seen management snoop around our boxing gym anymore.
Posted by Paul C. at 9:58 PM