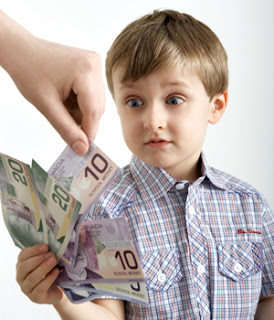 The Director of Parks and Recreation, Manuel Carrillo Jr., attempted to extort the children to make up for the downfall of the boxing budget, which he misappropriated.

Director Carrillo asked head boxing coach Julian Casas and others if raising the boxing fees was an appropriate remedy to increase the boxing hours.  The boxers have been protesting the City Council and the Director for having their hours cut for three months now.  Nothing has been done to fix this problem.

Although City Council Member, Marlen Garcia and Director Carrillo stated that there was no money in the budget, this was far from the truth.  The truth is that the Director co-mingled the boxing fund with the City Fleet funds.  There was enough money in the boxing budget, but the reason that the boxing account was depleted was because the Council Members and Director Carrillo had to pay off their dirty favors.  Therefore, they did so by draining the children's boxing account.  (Read more on this: Director of Parks and Recreation Takes From The Boxing Account to Pay Off Dirty Favors)

In an attempt to quiet down the boxers, the Director of Parks and Recreation replaced the ten year old boxing bags and gloves two weeks ago.  Instead of directly using City money to fund the equipment, Director Carrillo asked Royal Coaches Autobody and Towing to fund the new equipment.

In response to the donation made by Royal Coaches, Mr. Cook stated, "It's not that Royal Coaches is giving the boxers money.  Royal Coaches is part of the City Fleet budget.  And the boxing budget has been taken to pay off the corruption happening in the City Fleet.  So, we're just getting back what's been stolen from us.  Also, we're upset that the City isn't using money from its treasury to fund the city boxing program.  Why should an outside sponsor provide what's required to run a small program?"

At the Council Meeting on September 4, 2013, Director Carrillo and Council Member Marlen Garcia denied that Royal Coaches "paid" for the equipment.  The City "paid" for it.  William and Jim Salazer, owners and partners, of Royal Coaches also denied it.

William and Jim Salazar said that Director Carrillo made another request for a donation of $2,000.  They denied him his request.  When Coach Casas heard about this, he replied, "I hope that Carrillo is still looking for money for the boxing.  We're still in sorry shape."

According to the boxers, the City of Baldwin Park still has not given them what they asked for from the beginning: their hours back.  The boxing program had enough money appropriated for the year to have these hours, but the money was misappropriated by Director Carrillo to other accounts.  Such accounts included: unidentified consulting fees and miscellaneous benefits and the city fleet account, which includes payments to Royal Coaches.  In response to fix his misappropriation, Director Carrillo suggested raising fees against the children.

Coach Casas told him that it was a solution that should never have been brought up.  According to Casas, "A number of these kids have parents who live in poverty and are already struggling to pay the fees.  Director Carrillo already doubled the fees this year and cut the hours.  The kids are already upset at the raised fees this year and spoke out against Carrillo at City Hall already.  It's even more upsetting that Director Carrillo made up the excuse that there was no money, when he was stealing from this account all along.  He doesn't even live in Baldwin Park.  This isn't the right way for him to fix the problem.  He's the one that drained out our boxing account illegally.  Now he wants to harm the kids once again by raising the fees so they can't participate in the program.  Really, he should be fired and the city should hire someone that's competent and affordable instead of someone that's incompetent and a money-pit."

In response, Director Carrillo stated that the parents of these children could apply for a scholarship.

This week, one of the boxing girls, age ten to thirteen,  returned to boxing after not being present for several months.  (Her real age is not being disclosed to protect her identity and that is not her picture at the top.)  When Coach Casas asked why she wasn't coming, she stated, "My father ran out of money."  The fee for the children is $10 a month.  It was $5 a month before the raise.

Coach Casas handed her a ten dollar bill and said, "Here, it's taken care of."  Both children renewed their membership that week.

When asked why Coach Casas funded two children in boxing he said, "Hey, why not?  She works hard.  She should be rewarded.  Most people don't even know this scholarship exists, and it's just extra red tape.  Really, Director Carrillo's has no more money left in the boxing account.  And it never went to boxing.  Why else is he going to outside sources for money and trying to raise the fees against the children?"

After being there for fourteen years, Coach Casas has received a forty cent raise this year.  He now makes $8.88 an hour.  He spent about an hour and a half of his pay to give back to the boxing program.  Coach Casas, and the other part time staff don't even have health insurance.  In contrast, Director Carrillo has been there close to thirteen years.  After thirteen years, he now makes close to $180,000 a year, which is approximately $98 an hour.  He has two company cars, and at times, takes six and a half weeks off a year.  He has two allowances for his health care.  This doesn't include all the conference time he goes too.  (In the United States, two weeks is average.)

Coach Casas has demanded for the resignation of Director Carrillo at several Council Meetings.  He has now demanded that the Council Members and Mayor vote for firing Director Carrillo.  In response, Council Member Raquel Monica Garcia stated he was a wonderful director because he raised half a million dollars for the City.  Raquel Garcia's previous work was with a development company.  There's strong suggestions that her and them will all benefit from the capital grant of monies.

Julian Casas is concerned that this wouldn't be the first time that Parks and Recreation is involved in stealing money.  Casas asked Carrillo for an accounting of the money received by the kids for the boxing.  Most of this money is cash.  Director Carrillo said over a month ago it would be produced.  It never has.  As a result, he filed a Public Records Request under the California Public Records Act.  As a resident, Mr. Casas requested an accounting of all monthly fees paid for by boxing.  In response, the City stated it didn't know what accounting he was asking for.  Mr. Casas found the response absurd because there's only one boxing program.  The responses raises serious questions about what Council Member Raquel Garcia and Director Carrillo are doing with the kids' boxing money.  The City's response is also illegal under state law, and it has lost a Public Records lawsuit once.

When asked why Director Carrillo should resign, Coach Casas replied, "One, he doesn't have a backbone to stand up against Council Member Marlen Garcia, who was part of his hiring in 1999-2000.  The Council Member could say these palabras, palabras, but in actuality, she told me to my face: 'You're lucky to have a boxing program.  Boxing is just entertainment, anyways.'  As if she owns this city.

"And Carrillo - he's selfish.  That's it.  He takes from this community.  And when he's supposed to fix the problems, he doesn't do it.  He has no empathy for the children or this community."

Perhaps, the best way to defraud people for monies is to represent causes for kids and sports.  But as these posts have been showing, the money isn't coming to serve the boxing program.  After all, no one can serve two masters, for either he will hate the one and love the other; or else he will be devoted to one and despise the other.  Manny Carrillo can't serve as both a money launderer and Director of Parks and Recreation. He loves being the former; not the latter.