Seeing the WiseMan of the South African Mountains 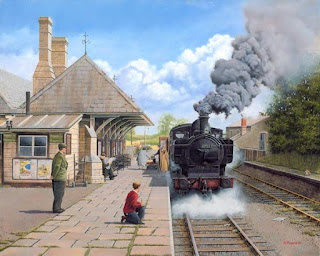 "I don't know if I'll make it, Lloyd," I told the Xhosan receptionist. "But I have to see him." I heard there was a wiseman in the middle of nowhere I had to see.

Lloyd said, "Oh, man, it's going to be hard. That's in the middle of nowhere. And you don't have a car. It's almost impossible to get there." Lloyd had dreadlocks and a bright and sunny and white smile every time he spoke.

"But I have to see him, Lloyd. He might have the answers I need."

I left on a Saturday, not knowing if this was going to work. I packed my things. I brought a fine bottle for the wiseman. I heard that he may have the answers I need in my journey hence.

Nicky, the morning receptionist printed me my sign of paper, because it's so hard to hitchhike in South Africa. It read: "American / Ride Needed / Can Pay." The receptionists and I debated whether I should write "Can Pay" or "Help". They both said "Can Pay" would increase my chances of getting picked up.

But Lloyd warned me. "Man, it's a Saturday. The trains won't be running frequently. You might have to get there really early."

I couldn't walk to the train station with that advice. It was 2 miles away. So, I asked a young dutch guy named Dave to give me a ride. I would even pay him, but he wouldn't accept it. After, I gave him my number to keep in touch.

I bought a train ticket for 13R ($1USD). I had to get to one station and make a change in trains.

Train rides are interesting in South Africa. In general, this tripper but good way of transportation is only done by the blacks and colored (mixed) people. I didn't see one white person on the train. I was the only Asian person, and I could feel the eyes being glued to my skin.

One lady even called to me and said, "Ching Chang! Where are you from?"

Not wanting to answer her, I said, "Japan," and changed seats.

I had to change trains. There, it was running about 30 minutes late. I had to wait about 40 minutes. I started reading. It was a good way of getting reading done.

On the train - a dirty guy kept grabbing his crotch and looking at me. I thought something was wrong and asked him, "Are you ok?" He touched my knee and I told him, "Don't touch me."

I moved seats, where he stared at me with a fixed gaze. Then he started ranting and raving. I figured he was mentally not well.

He left, and the other people on the train agreed with me that he was mentally unwell. The train ran through a number of filthy townships. Townships are these shacks made of tin, where the poor blacks and colored live. There, I saw a little boy defecating on a pile of trash.

After the last train, there was a bus that was going to 7 miles away from my destination. I had to wait an hour for the bus, and the bus told me that there wasn't a return trip. That was worrying, because my AirBnB was booked 20 miles away from where the wise man lived.

I had faith. I believed I could do it. I had to see him, and there was no turning back now.

There were thoughts and what ifs. What if I don't see him? What if he's not there? What if I can't get back at night? What if no one takes me back to my AirBnB?

But I controlled my thoughts and pushed them aside and told myself, I have to try. It'll work out.

The bus dropped me off at a crossroads in the middle of nowhere. There were just grape vineyards everywhere that went on expansively but stopped at the base of the surrounding mountains.

At the crossroad was a black guy who was also hitchhiking. He was a worker from Zimbabwe. It was rare to see another hitchhiker. I talked to him. He said he was going into the same town I was. He knew the wise man of the mountain.

I took out my sign that Nicky gave me, and we waited for a ride. After 30 minutes, an Afrikaner farmer with a white pick up picked us up and had us sit in his bed. He drove us into town, and I thanked him. I told him I was seeing the wiseman, and he was excited for me.

The driver stepped out. I asked the Zimbabwean guy to take the photo. He tried to take it of just the driver and him. I told him, "No. You must be part of the photo." I got the selfie of the three of us, and I told them both I would send it to them later.

I kept wondering if the wiseman would be there when I came.

After walking for about 10 minutes, I remember seeing his back. He was sitting on his porch, drinking wine. I recognized him. He had two friends with him.

I thanked my Zimbabwean friend and said good bye. Then, I introduced myself and brought out the bottle of wine.

One of the guys named Tony looked at the bottle and said, "That's a nice wine." I told them how it took me three and a half hours, a car ride, two trains, a bus, and a hitchhike to arrive.

They brought me out a glass of white wine. It was chilled. We toasted. We drank.