Detained at Auckland Airport; The Third Degree With My Judo Teacher 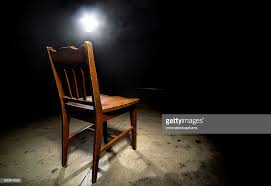 Something was wrong when I checked in with my passport, instead of the system letting me through it had a big red X mark and said "Go see assistance." The person at the control let me through, and I noticed a woman cop staring at me. When I went to the restroom, I was detained.

She waited for me to pick up my luggage. Then she walked me into a private area. It looked like they were detaining a lot of young single guys - not too many women, couples or families.

I was told that New Zealand intelligence flagged me because there was a problem with my visa - especially because I was a permanent resident and didn't need to enter as a tourist. I told them back that their new system doesn't have any options for someone in my situation.

Anyways, I was asked a number of questions - like how long I was going to be gone. Why I was here? Why I had a last minute flight? Where the wedding was?

The officer took out all my stuff and had a dog sniff every item he took out. It was all very unpleasant, and although I was cooperative, I told the officer over and over again, "This isn't how to welcome a resident home after being away for four years."

He kept saying - "It doesn't matter if you're a citizen, we would do this."

That wasn't true, because he told me that there was a visa problem. A citizen would be on a NZ passport. And the government's new system wouldn't have a problem.

The entire search took an hour and was highly invasive. And Kiwis say America is bad. I told the officer to note that this not happen again. He said he would.

Outside - an old friend - my judo teacher was waiting to see me. She said to me in Korean, "What took so long?"

In Korean, I said: "I was detained. They treated me like a security risk."

I gave her a hug. She said, "I should've known. You're a trouble maker and you've always been one. And you know what? You're just a problem."

I laughed and said, "I just got here. Do you really have to start?" We haven't even seen each other in four years.

She bought me a beautiful Kiwi cappuccino. She also paid for my hostel two nights by her place. That was kind of her.

During the ride, she gave me a lecture on all kinds of things - about how I need to settle down, how I need to marry and have children, and how my life is not an approvable one.

I told her I need to make more money.

She said, "The only reason you're not rich is because of you. You're not taking enough responsibility for your life and working hard enough. You're smart enough to be superrich if you wanted to."

I thought, She's acting just like my parents. I said - "You sound just like my mom. I've only been in the country a little over an hour. I've been questioned - as if I'm a security threat. And now, I'm being told to get my life together. Welcome to New Zealand."

My Korean was rusty. I haven't used it like this since I came to New Zealand last. How strange is it that my Chinese, Korean, and Russian always improves when I return to New Zealand. For those of you who don't know - English is their main language.

At that she laughed and said, "How many times have I told you - you're a problem."

At that, I laughed too.

She dropped me off at the hostel and checked in with me. The receptionist said in English - "I remember you. You made a reservation for Paul."

She said - "Paul, make sure to come over for dinner, ok?"

Then she was gone.

Then, an Irish guy named Pete held open the door for me. We talked a little bit, and later on in the day, we walked to a cafe together and chatted over more Kiwi coffee.
Posted by Paul C. at 1:35 PM