On the Firing of the Head Boxing Coach - Two Year Anniversary 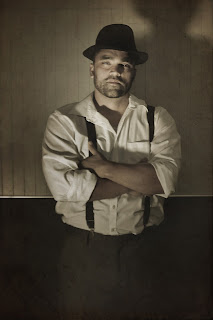 Two years ago, between May 9th to May 22nd, Mayor Manuel Lozano, Council Member Ricardo Pacheco, Council Member Monica Garcia, Chief of Police Michael Taylor, and Parks and Recreation Director Manuel Carrillo suspended and fired former head boxing coach, Julian Casas, after he worked for the City for 20 years at $8.40 an hour. Besides reminding everyone of the anniversary, this post is also about what I've learned since then and what's progressed.

The main lessons I learned are: 1) The worst thing a government can do against the people is divide a community; & 2) Corruption, in government, robs the future from our youth. But before discussing that, let's talk about what happened two years ago.

In December of 2013 (about two and a half years ago), Carrillo wanted to shut down our boxing club, even though the City run boxing club had a long and proud history. It's probably the only thing the City of Baldwin Park could be proud of; as this is a City blighted by corruption and poverty. Individuals on average make $13,000 a year here and half of all the girls will get pregnant before the age of 18.

But there was the problem of the boxing coach's wages. Carrillo, making over $200,000 a year, was paying these boxing coaches $8.40 an hour. Carrillo kept stating that there was no money in the budget.

After complaining long enough, Carrillo gave Julian a raise of 40 cents an hour, to $8.80 an hour.

So, we investigated what was going on in the City. The reason that the Mayor and Council Members liked Carrillo so much was that Carrillo was running a sham non-profit corporation, which was a shell corporation being used to launder money, meaning that he was stealing the taxpayer money and putting it in his hands and the hands of his friends.

We sued. After suing, Carillo ordered the police to investigate both Julian and me for child abuse. They found nothing. They searched twice. (Incidentally, the police were also forced to draft up a false incident report recently against Greg Tuttle as well, recently. Some things never change.)

So, they forced one of the boxing participants and his mother, (who at the time was 17 years old) to file a complaint against Julian and me. It was later also revealed that the mother was rewarded for filing such charges.

We all had a dinner during the children's Easter break. We celebrated Passover. Julian brought the participant home around 11:00PM, even though it was a Friday. For it, we were accused of an inappropriate relationship with a minor. No criminal charges were ever filed because we didn't commit a crime. Also, this was done on everyone's free time - not work time.

Nonetheless, Carrillo and Taylor and the Mayor fired Julian. I remember when the news was announced, I felt sick to my stomach and couldn't eat. Julian probably made no money being a head boxing coach because he spent all of it on supplies for the poverty stricken high school participants.

After firing Julian, Carrillo doubled the pay of the boxing coaches to $15 to $16 an hour. Carrillo, first, hired a known criminal to become the head boxing coach. It's also been discovered that Carrillo knew the boxing coach had a violent record and taught that criminal how to expunge it to escape detection by the City's human administration system.

But I still caught it and pointed it out. Then, Carrillo hired a the youngest boxing coach, Luis Rosales to be head boxing coach, most likely so he could unduly influence him. (Luis's performance, as a manager, has been less than standard.)

The newspapers wouldn't take the story, of someone who worked for the City for 20 years, being fired for complaining about corruption. So, shortly after, I leafleted at the park. I wanted people to know what happened.

There, under the orders of Mark Harvey, five officers arrested me. At the jail, a woman officer strip searched me. I spent about four hours in the city jail. (By the way, I have no criminal history; I don't even have a traffic citation against my name.)

After I left the city jail, I saw the mayor at the restaurant Julian asked me to meet him. I asked him how he liked arresting me. He took a few steps away and said, "Stay away from me."

Then, the Mayor, ordered the City Attorney, Robert Nacionales-Tafoya to file a temporary restraining order against me. At that hearing, I won. Had I have lost, the Mayor would have tried to complain against me to the State Bar and have my license taken away, all for telling the truth and telling the the court the truth.

I was lucky to be able to have the attorney, Carol Sobel, sue on my behalf. Julian wasn't as lucky. No lawyer wanted a case, where the damages weren't going to be high because Julian was only making $8.80 an hour when he was fired.

Nonetheless, I pressed on, still representing Julian in court, for the cases we filed against the City. Since then, I've been able to convince the court to issue four judgments against the City, and three orders to release records. The City still has not complied. The Court of Appeals has stated I was right: Carrillo was and is running a sham non-profit.

What this story is, is a story of rampant corruption in the Los Angeles region. The entire affair has destroyed a youth community, who are really poor. The boxing gym has become a regimented and unfriendly and unwelcoming enviornment because of all that has happened. The story reveals the heart of the people running this City.

George Orwell and Winston Churchill both said that the worst thing a government can do is re-write a history. I believe that's the second worst thing.

The worst thing people in power can do is destroy a community. And, believe me, whether it's dislocating an entire race from their property or destroying a boxing gym. Without the human relationships that a community provides, people are doomed to live without the necessary connections required to grow and be valued. In some ways, community is more important for a person, than the food and water he or she drinks.

Also, the entire affair has shown me the net effect of what happens when government steals from us. (This is essentially what corruption is.) When government does so, it's basically stealing from the future of our youth.

It all starts when those in charge, are possessed with the sin of envy and greed and anger. But instead of wanting to work or be productive, they want the easy money. Really, they want what other people have worked for, but don't want to pay for it. And to get it, they use their power to tax to take it from us. Then, they use sham corporations to filter it back to themselves. So they don't have to work, but we do.

In the end, it corrodes an environment, where people are not rewarded for working or creating. And instead of spending the resources collected to help our city, those in charge, are pilfering it for themselves. It results in youth, who are not equipped to be competitive in a modern workforce.

Essentially, the Mayor and his associates, are taking all the people's resources to enrich themselves at our cost. A very few people get wealthier, and we (and our future generations), the masses, get poorer.

That's the real lessons of what happened in Baldwin Park's boxing gym.