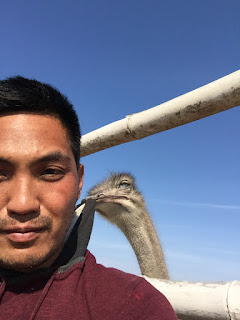 Today is my 71st day of being on Sabbatical; I thought I'd share what I learned and have done over the past month. (For those of you who don't know my story; I paid off my student loans and became debt free. You can read about it Here: How I Got Out of Student Debt).

From Chiclayo to the Highlands of Peru, I've been fascinated with repairing objects and creating new ones. It reflects my own personal belief that if objects could be fixed, people could be too. (And even more fundamental than that, to me, is that I believe even the dead can come back to life, which I've witnessed thrice.)

In Chiclayo - I was amazed to watch a guy repair my headphones. It was like watching heart surgery. One of the ear buds no longer was pumping out enough sound, and he said that it was because saltwater got inside. May have been when I ran at the beach. May have been my sweat. I ran over 500 miles with these headphones. (I tried to get him to explain it more in detail, but he couldn't. So, I had to do a lot of research on sound and electromagnetic fields.)

He chopped off the earbud and soldered a new coil in. When he did, the new earbud started beating - like a new a heart. It was amazing to see. He did it for $3. Now, I didn't have to throw them away, and my headphones were salvaged and brought back to life. That made me happy.

Also, since labor is cheap here, I've had a number of pieces of clothes re-tailored to fit me perfectly. Definitely worth doing. Makes you feel wealthier, because we all know I'm not.

In the Highlands, I met artisans. I had a woman replace the worn and dying strap on my messenger bag with cloth woven from sheep wool. I liked her work so much, I had her also weave me a new band for my watch - making it a new creation. She was fascinated by the new project that I gave her. Like Tom Sawyer in Huckfinn, I project managed it. (Don't forget, I did some software project management work in New Zealand.)

I met a craftsman who made leather sheaths for machetes. I asked him to rewrap my flask in new leather. It came out good.

Then, I met another leather maker, who made me a new iPhone case and a new MacBook case. It was his first time, so I had to have him revise some of his work several times. But, I like the new MacBook case; it's made of bison leather too!

The leather maker was so happy after he made my case, that he gave me a hug. His 11 year old daughter, who I never met, made me a leather heart keychain. People seem to be so happy that I have faith in them to make my new objects, and they're also happy to learn how to do a new project.

Anyways, like I said - if objects can come back from the dead, so can people. I have a few other projects in my head lined up for me. I also learned that I'm no longer going to buy objects made in China. I'd rather pay the extra money, and buy something of quality.

Also on Sabbatical, I've been doing future thinking about my life, but it hasn't been very successful. Haven't really come up with anything new.

I've also finished two classics: Fitzgerald's Great Gatsby and Mark Twain's Huckleberry Finn. I'm now on my last classic for this trip (though I have some pulp fiction with me too). I just started Willa Cather's The Professor's House.

I finished watching The Game of Thrones Season 7. I was disappointed in the penultimate episode (Episode 6 - the one in which Daenerys flies her dragons over the wall). I said it was illogical, focused way too much on special effects, and that a grieving mother wouldn't just want to jump into bed with the next guy (or maybe she would, but she would still be grieving over her child). I hope they pay attention.

Finally, I came back from some beautiful hot springs in the wilderness. The pools are in a valley, surrounded by mountains and plains. It was absolutely stunning and brought a great peace with it.

After dipping in them for hours, my sore muscles were soothed, and I felt a lot better. My next thoughts are about the healing properties of mineral water. I'm thinking a lot about it.

Until the next Sabbatical update.

PS: Pictures below of my new objects. 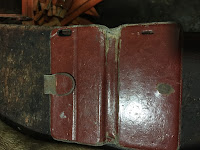