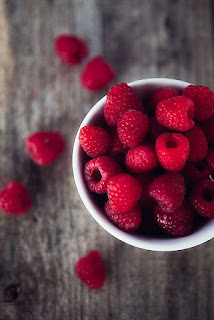 I told the cafe owner that I had run out of money and that I could pay him in PayPal, but he refused. (I ran out of money, because there were no ATMs in the area. You could read about it here: Mummies and Coffee). He asked how many U.S. dollars I had, and I said, "Eight." In exchange, he gave me a 50 Sol note, which meant he gave me $8 USD or 24 Soles for free. For an average Peruvian - it's a lot of money; that could easily buy you three meals or a night's stay at a hotel. Needless to say, it was a very humbling experience to have received such generosity. (It reminded me of a time, where a stranger in Korea did this for me when I was 20 years old).

Here I was, the perceived rich American, and a Peruvian was giving me a handout. I asked if I could pay him back with PayPal, but he refused. He said that when he was in the United States, that Americans were generous to him. He was confident the luck would come back to him.

The owner of my hotel knew I had ran out of money too. So, she made me a free breakfast and said, "It was on the house." That really warmed my heart. I only asked for free coffee and there she was giving me a free breakfast. I could feel that these experiences were making me a better person.

The day I had to leave, I went back to the cafe owner and gave him a 1,000 (about $1) South Korean Won note. I told him to keep it for luck, as it's Korean tradition to give lucky bills out. I told him I had it for 14 years. (I should have also told him that I was debt free, so maybe it really is lucky.) He thanked me. I had my last coffee and sandwich at the cafe.

The manager of the cafe then packed me some banana bread and some brownies for my journey onward. That was really kind of her.

After, I walked to a crossroad with all my stuff and began hitchhiking. The next bus was late at night, and I didn't want to take it. But, since I was in the middle of nowhere, traffic was really infrequent. 7
cars went by in one hour. That's really not a lot.

The first two cars wanted money for the journey, and one grumpy old man wanted a lot. His greed and meanness was in direct contrast to the generosity I experienced. But after waiting for about an hour, I realized, maybe it wouldn't have been such a bad idea to pay the first guy - but not the mean, second one.

After an hour and a half, a large commercial fruit truck comes. I hail him. I offer him $3. He says, "Get in the back." I hitch a ride in a slow and large fruit truck, where the bed was caged in. I kind of felt like a prisoner inside. It smelled like mangoes inside.

The ride was slow and windy and at the top of the mountain crest, the air was getting colder. When I exhaled, my breath would materialize into frosty mist. I had to open my luggage and put on more clothes.

Then at the top of the crest, the driver had to urinate. It was there, I realized that the lighting, the location, and the weather would give me a perfect picture of where I was. So, I took the shot with my iPhone. (See below.)

Eventually, I made it into the town of Huanchaco below. It was an uncomfortable ride that lasted three and a half hours.

In the valley of Huanchaco, you could see fruits growing everywhere; there were mangoes, passionfruit, and strawberries. After exiting, I take three mangoes from the fruit truck and ask the guy's partner, his Señora, if I could pay for the mangoes. She gives them to me for free, and after I ate them later, I can't remember having sweeter-tasting mangoes.

Upon exiting the truck, a guy comes and takes my luggage and tells me he'll take me to the next town over. We negotiate $2 for the ride, but he wanted more.

The ride is two hours long, all the way up a windy road up the mountains and then down again on the other side. In an hour and a half into the ride - my driver parks at the side of the road. Goes into a house. Stays for 5 minutes. He comes back out.

After, I notice that he's scratching his nose a lot. He has a lot of energy. He's more talkative. And he's chewing on more cocaine leaves. It makes me wonder if he snorted cocaine in that house.

Well - there was only 30-45 minutes left to Celendin, the next town over. So, I'll be there soon, I think. Please just don't crash between here and there.

He takes me to a nearby cheap hotel. I ask the hotel clerk where the nearest ATM is. He tells me. I think I won't forget how happy he was to see a foreigner.

I'm relieved that I could withdraw cash - finally. I used most of my cash on getting to Celendin but still had some cash left. Oh, there's also some red wine to buy at the local market. And the local market serves proper cappuccinos too. So, that was all good.

In Motorcycle Diaries (both the book and movie), Ernesto Guevara apparently was moved by the hospitality of people when he traveled South America. After these experiences, I could see why such experiences can transform one's heart to really value people.