According to the Texas Sex Offender Database, an undocumented man (pictures below), of a Ricardo Pacheco raped a 34 year old woman. His birthdate is Oct. 12, 1965, making him 51 years old this year.

The court sentenced Pacheco in Huntsville, Texas on Feb. 10, 1994. The court convicted Pacheco of raping a 34 year old woman.

Hence, like the rest of these crooks, is Pacheco going to claim he was in Rosemead and Texas at the same time? I think that's impossible, unless he can travel at the speed of light.

Now, Pacheco's biggest scam in Baldwin Park is running two sham businesses, which he uses to sell overpriced solar panels: AMG Energy and American Municipal Services. The scam works this way. He offers his products to cities (such as Baldwin Park) at an overpriced amount, a mark up, which goes back to his business. And the taxpayer pays for solar panels it doesn't need, at a very expensive price.

Notice the similarities between Pacheco and the rest of who have been outed: Carrillo, Manuel Lozano, Raquel Garcia, and Michael Taylor. They're all from Texas and convicted felons. By the way, in California it's illegal for someone to run for public office without disclosing their felonies. Did the Mayor Lozano and Council Member Garcia do the same thing? I think so.

The point is basically this. Baldwin Park looks like it's run by the Mexican Mafia. I'll tell you how they do it. Find convicted felons. Give them a new identity and a new social security number. Move them from Texas to California. Put lipstick on a pig by giving them plastic surgery or a stomach stapling. No one in California's ever heard of them. Cheat the vote by mail ballot by forging them or by offering free or low income housing to others loyal to the gang in exchange for the vote, and presto chango - you get a city run illegally by criminals - whose main aim to steal from the taxpayer to line their own pockets.

I was asked why one should care. It's pretty simple. This is why I've been outraged from the beginning and people don't understand it. Being at the boxing gym, I look the youth, whose future is being stolen from them. They don't get the education they need to compete. Furthermore, they're running our city into so much debt, that my generation and the next one will be enslaved in paying it. If we can't pay it, the Chinese (which they're already doing) will buy it. Then, we'll have to give them citizenship, our education, and they'll rule over us instead and take the future of those who need it the most.

More to come. But that's it in a nutshell folks.

If you care about your city and the future of the people, you need to look into the background of the people in public office and administration.

Here are some more mugshots of Pacheco.

I just wanted to remind everyone that it's come to all this because Mayor Lozano, Council Member Pacheco, Garcia, Rubio, and Director Manuel Carrillo wouldn't extend the hours of the boxing club, which would've cost the City a $100 more a week.

What's disturbing is that I received a flyer in the mail today that says the Baldwin Park Police Union is supporting Pacheco. Why in the world would the police union support a rapist running for public office? 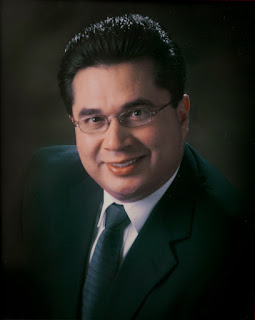