The Challenge of Fighting Back Against Government - Opinion 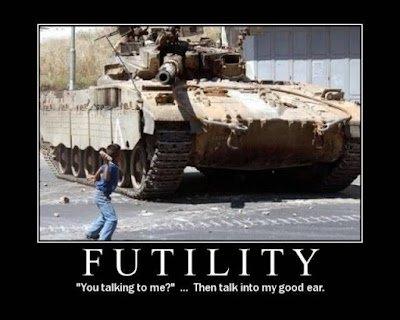 Yesterday, I defended my client, Greg Tuttle (local business owner and activist) against three lawsuits that Mayor Manuel Lozano, Council Member Ricardo Pacheco, and Council Member Raquel "Monica" Garcia filed to stop him from speaking out against them or looking into their business. Judge Bruce Marrs dismissed their lawsuits, saying, (in a great quote I might add), "In a small town, people take things personally." In other words, the government shouldn't file such stupid lawsuits when they're offended. You can read all about it here, in which the Tribune does a good job in summarizing what happened.
Judge denies Baldwin Park councilmembers’ requests for restraining orders against local businessman

You the reader, read that, and go, Oh, the lawyer and his activist won. Good on them. It's difficult to win such a trial. I'm writing this piece to let you know how it feels to have public officials, government officials, pick on you. It's bullying at its worst.

Imagine if you're Greg Tuttle. You're a local small business owner, working 10-12 hours a day. He rebuilds German engines; he works hard (believe me, the proof is in his sandpaper, gritty hands). He has a family and grandchildren; he pays taxes to the federal, state, and local government; and he's active in politics. He spends a good part of 20 to 30 years to build his business.

Then, one day, because the greedy Mayor and Council Members come along and decide they want to pass a law to steal his land; so, they can pay for it really cheap, resell it to developers, and get a kickback from it. This happened to him in the latter part of 2005-2010. Folks, this is called stealing. Why should people who are in public office be able to take your property just because they want it? (Tell them all to get a real job.)

Tuttle was able to fight them back with lawsuits and journalism and stop them from taking his business. But since then, he's been on a mission to expose these crooks because that's what he believes they are. (And, I would agree - from my own independent research.)

So, one thing Tuttle figured out to do, is see who these people are wining and dining with. He goes to Santa Barbara and spots the vendors that are involved in buying the votes of our public officials.

So, what do they do? The very same thing they did to me, when I was catching and have caught on to the Mayor's bankruptcy scandal. File a lawsuit to block you from coming near them.

Imagine, if you were to receive a lawsuit today. A man (not usually a lady), shows up to your door and hands you papers and says, "You've been served." How would you feel? Would you know what to do? Now, imagine that it's from the Mayor or Council Member of your city.

After getting over being upset, you're going to feel at some point, it's impossible to take on the situation because they have so much money of other people's money to spend against you. You either have to pony up thousands of dollars to hire a lawyer or fold, and tell the politicians, you give up speaking out against them or researching them. I certainly felt that way, when the Mayor and his lawyer Robert N.-Tafoya filed a frivolous temporary restraining order (TRO) against me.

So, when Tuttle got sued to shut up, I remembered exactly what it felt like and said I gotta try to fight this. I had to put aside my business as usual (which I have too) and fight one of the dirtiest battles of my life.

Only, in round two of citizens versus politicians, (round one was the Mayor v. Me) the public officials got dirtier. First, they don't even tell us that there was going to be hearing on the (TRO), which blocked us from telling our side of the story. Second, they hired a lawyer that, in our view, misrepresented facts and law to the court. Third, after Council Member Pacheco figures out that we're not going to let them roll over us, the politicians decide to triple their force against us by having two more public officials file temporary restraining orders. The argument being, if two more people put their name behind it, my client must be crazy, dangerous, and mentally unstable.

Then, we entered into a battle of having witnesses at court. For us, we needed to call witnesses to testify what really happened. We served the witnesses properly. The witnesses claimed, through their lawyers, they didn't have to show up because they never received such documents. The two people who were most vocal about this were Teri Muse, consultant for Waste Management, and Chief Michael Taylor. (Not all witnesses were unduly influenced, former Captain of Baldwin Park, now Chief of El Monte - decided to show and stated repeatedly, "I'm here to tell the truth.")

You would think, in America, people have the right to have the truth be told. But when the three politicians can vote to fire these two people, you can see the leverage they have against these witnesses.

This takes time. I would estimate that it took about 10 hours to fight the battle of getting our witnesses. The other side was dirty. They scheduled hearings on days, I couldn't attend court; so, that the witnesses we needed couldn't show up to the hearings, mainly Teri Muse and Chief Michael Taylor. (Mayor Manuel Lozano refused to show up to his own trial, even though he was properly given notice.)

Once, again, if you're Tuttle, you would feel overwhelmed. Why keep fighting? (In my own battle with the City, you can read about the blog, they (mainly Manuel Carrillo Jr.) fired my friend Julian Casas, who worked as the children's boxing coach for the City for 20 years to teach me a lesson; not to mention, they jailed, arrested, strip searched me, and also sued me too.)

We were lucky though. The court decided it had enough, and the court rebuked the public officials of Baldwin Park for not even having their own witnesses - Mayor Lozano appear. Raquel Monica Garcia finally appeared when the court said, "She better be here."

People, these are the same politicians, whom are claiming that their lives are threatened. They're the ones claiming they need immediate court and police intervention to stop one local business owner. Don't they have the time to show up to their own hearing?

In any event, after hours and hours of preparation by me (the lawyer), we were able to have a full trial - which I found surprisingly entertaining and worthwhile. At one point, I made the judge laugh by saying, "Your honor, when the three [Lozano, Garcia, and Pacheco] have title to the Fess Parker Hotel, then they can exclude my client from being there."

I also told the court, at one point, "Your honor, these people need to grow up. They're public officials. They need to be able to take criticism. If they don't like it, they can step down from office. No one is forcing them to be there."

The court found:
1. That exposing council members for fraud, bribery, and corruption is a legitimate business purpose.
2. Stalking was not repetitive as it happened within a five month period.
3. There was no evidence of violence or credible threat. 4. Public officials have a lessened expectation of privacy.

It held:
1. The TRO was dissolved.
2. All restraining orders were denied.

I'm writing all this, to tell you, there needs to be solution to this problem, and it's generally this: if public officials want to do this, they have to be made to pay for it personally from their own bank account.

For those of you, who feel overwhelmed by retaliation from people working in government, I tell you fight on by telling the truth, exposing them, and pressing on through the suffering and hardship. As Freddy Roach said, "It ain't easy." But as you're witnessing, "You can win."
Posted by Paul C. at 10:45 AM