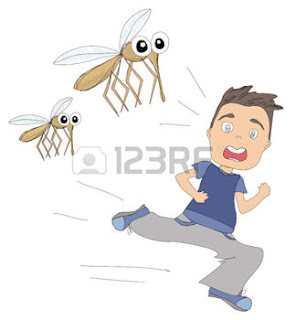 Baldwin Park's at it again to steal our money, this time, by taxing us for nonsense reasons. Working with Los Angeles County, the City and Los Angeles County wants to raise property tax by $10 to $20 per parcel. That amounts to about $300,000 to $500,000 a year raised for the Vector Control Agency, which is supposed to control mosquitos.

What residents don't know is that the Vector Control will not be spraying or doing anything to take care of the mosquitos. All they will be doing is writing literature. And for that, you're going to be charged $20 a year. Once they tax you for mosquitos, believe me, they'll raise that tax each year.

There is such a thing as google searches, which are free. And I'm pretty sure, we all know that to control mosquitos don't leave still water around. For that, we have to pay $20 a year (which will go up).

I suspect that the tax is a ploy by Los Angeles County to put that money into their general fund to make up for its overspending.

I'm of the same opinion as I was before. These politicians, and their friends and family that work for them, have nothing else better to do, then to figure out new ways to take our money to buy that new BMW. Go tell them: Get a real job.
Posted by Paul C. at 11:05 AM