My Thoughts On This Summer 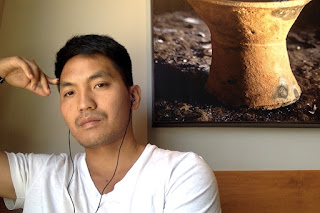 I wanted to write a post on what I learned this summer. It's taken me hours to process what the lesson is on this summer, especially since it was so full of things going right and wrong.

I holidayed in the Galapagos and saw many wonders of this world. I had the chance to represent a client, who submitted a breakthrough scientific paper. And our cat nearly died, only for him to come back in full health to my mother and I.

Also, the intellectual journey (which people can't really see well, because it's all in my head) has been rewarding. Currently, I'm experimenting with foods to ensure wholesomeness to the body. My mother, who's a wonderful cook, has been observing me and has agreed that I may have learned how to create the golden diet. I'll post what I've learned, if people are interested.

So far, I've been making meals that are fusion between Korean and Swedish cuisines. For instance, today's lunch was bibimbap with cold ocean water fish, accompanied by fermented berry yogurt drink. I'm doing my best to learn as much as I can about Scandinavian foods; I didn't know they eat lichen and moss. How interesting.

When it all came down to what I've really learned this summer, I realized that I'm not as stressed out about litigation as I once was. I remember walking out of the courtroom, even after losing that trial, with dignity and a sense that I performed well and professionally. That doesn't mean that I care less. It also doesn't mean the quality of my work has gone down; in fact, others have commented that I'm getting better and better and more and more professional.

On San Isabela Island, in the Galapagos, I think I just realized you can't control the results. (This is another lesson I seem to have to continually revisit.) I just had to do my best, and if the results don't come out the way I want, then think about why. And if I could do better, do it next time. If I did everything that I was supposed to do, then take pride and joy from that and let time take care of the rest.

As I've said before, there's nothing like getting a loved one back from the dead. And that point is really shown by the fact that the relationship has really changed between Jeh Pan and my mother and I, as he now treats us like we're the best humans in the world because he knows that we brought him from the razor's edge of perishing. To rewards us, he plays with us all the time now.

To sum up these days of summer, I quote the philosopher Heraclitus, who once said, "Time is a game beautifully played by children."
Posted by Paul C. at 11:26 AM