What the Trump-Clinton election taught the world? 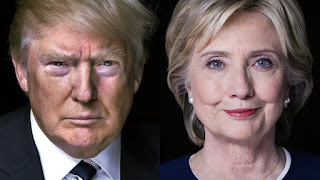 Perhaps one of the greatest lessons we can learn from the Trump-Clinton Election of 2016 is how establishments are so out of touch with the majority of the American people. At least in my lifetime, I haven't seen all the media polls, regardless if it was newspapers or television, be so wrong.

I'm asking people, and quite often, how did this happen? I haven't received a satisfactory answer.

One person told me it was methodology. Another person told me that people weren't honest with answering the polling questions. But is that enough to count for almost every news outlet being wrong?

I think either one of two possibilities happened. Either, the media giants had their own personal agenda to promote Hillary and skew the polling results, or the media is really out of touch about what a significant number of American people want. Or, it could be both.

One professor, who wanted Hillary to win, predicted Trump would win. He created a model by looking at over two hundred years worth of American data and put together 13 factors that tells you if the incumbent party or the opponent wins. His article is here.

It's becoming clear, however, that major establishments, (corporations and government agencies) are becoming out of touch with the common wants and desires of the American people.

The other week, a CEO of a Fortune 500 company asked me personally why I no longer wanted his company's product. I wrote him a lengthy email, explaining why. (He didn't respond, but I hope it gave him more perspective.)

I think Mr. Bernie Sander summed up the lesson of this election well. He said, "Trump tapped into the anger of a declining middle class that is sick and tired of establishment economics, establishment politics and establishment media."

To understand what's going on, I think all of us should become better scholars of history. Human affairs, I believe, repeat in a cycle. There's birth, growth, maturation, decline, and death. And it starts all over again.

So, where are we in the cycle?

When I was away, in a far, far away land, I was studying the Gilded Age of American history. The Gilded Age was from 1870 to the 1900's, which I think no human being alive would have remembered. It was right after the reconstruction period of the Civil War. It was called the Gilded Age from a story Mark Twain wrote, about a world full of social problems, which was thinly covered with gold. (So, the outside looked beautiful, but it was corrupt inside.)

The most famous political machine of the day was Boss Tweed and his Tweed Ring. By today's estimates, he could have stolen a billion dollars from New York City's treasury. The three players who brought him down was a cartoonist, a lawyer, and the New York Times. Doesn't that sound like some of our political players today?

Here's what the all-knowing Wikipedia says about the Gilded Age: "The political landscape was notable in that despite some corruption, turnout was very high and national elections saw two evenly matched parties."

One big social problem of the Gilded Age was the discussion of illegal immigration, except back then it was from the Irish, and not the Mexicans and Central and South Americans.

Another big problem that the Gilded Age faced was the growing inequality gap, where the rich became richer, and the poor poorer. Sounds familiar?

If we truly are in the New Gilded Age, I predict that this will be period of the rise of social movements, protest, unrest, and the rise of religious and charitable institutions. (Isn't this already happening on a small scale in Baldwin Park?)

I end with this. When historians write about the time in American history, it's clear that the election of November 16, 2016 thrusted us (and America's consciousness) from one age to the next, for better or worse. When you and I woke up on November 17th, we entered a new era. The old has gone. The new has come.
Posted by Paul C. at 5:50 PM