On Staying Young and Court Updates 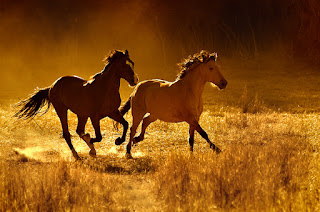 I took a break this week from litigation; this Monday the California Supreme Court filed Julian's brief, a Petition for Review, against the City of Baldwin Park. Supreme Court link to Julian's Case I asked the Supreme Court to please review this case, because even though we proved that Baldwin Park was engaged in a multimillion dollar towing scandal, which it did everything to hide, the court denied me my attorney's fees.

The law says that if you get records from a city, as a result of litigation, you get attorney's fees; there's no exception to the rule. So, after the Court of Appeal went out of its way to say the City didn't have to pay for being bad about hiding records, which it stated in an opinion with incorrect and heavily flawed logic, I respectfully asked the highest court in the Golden State to please take up our case.

I'm not holding my breath, because there's only a 5% chance that review is granted. But, I felt like it was important to make a record of everything that happened, so that perhaps in the future, someone could research all this, and ask what really happened with Baldwin Park and those who tried to hold it accountable.

Well, I'm not going to lie, after I filed this brief, I was tired and felt burnt out. Not too long ago, I filed another brief with the Supreme Court on the same case. (Here's the Supreme Court link to it: Casas Supreme Court Petition for Review 1.) I just needed a mental break. So, I took four days off. (I might post my petitions for review on my blog to help other practitioners. Email me if you'd find this useful.)

A number of people have asked me why I don't work for a big firm. There's one reason: A big firm would never give you that much rest time.

But that's what I needed. I was tired and fried. I avoided reading or thinking about anything legal and just let my mind rest. I have another brief at the Court of Appeal to start next week against our favorite City anyways. I needed a break.

So, what did I do on my break?

I found a pearl in an oyster my mother bought me. Apparently, the odds are 1 in two million. I shucked the Pacific Oyster myself, and I slit the abductor muscle at the bottom holding it to the shell. I slid the flesh into my mouth. I chewed on it, although some say not to do this with oysters. And I thought I lost a filling. It was grainy and round and small. But I thought, Could it be a pearl?

I spat out what felt like a marble in my mouth. I rinsed it. And lo behold: I found a pearl! Wow. My first pearl. I couldn't believe it. And bless my mother for buying me those live oysters.

It was a good omen. White pearls represent wisdom. Not that I'm superstitious, but I interpreted it to mean that some type of fortune would be coming my way. It was way, way better than any fortune I could get in opening a fortune cookie.

Well, my friends and family have always said I was super lucky. Some people I know have even said that I'm the luckiest person they ever met. (I don't know about that.)

However, Louis Pasteur once said, "Chance favors the prepared mind." In other words, hard working people are luckier.

Incidentally, Pasteur wasn't the only one who discovered this. Denise Shekerjian found in her book Uncommon Genius, that geniuses tended to have more luck and worked harder than those who were good, but not great, in their field. Well, I'm grateful I got the luck factor going for me.

Other than that, I've been working on my aquarium, which has the South American biome. I bought myself a blue ram cichlid, and it really made me happy. It's one of my favorite fish, and I haven't had one in years. I love how they swim. They come out and explore and have that punk rock hair style. I watched my new fish in amusement. Hey, I told myself it was ok to find something to reward myself; I just finished a Supreme Court brief.

Also, I've been doing quite a bit of research on aging and reversing aging. I wouldn't be the first journeyman in search of the Fountain of Youth. And it seems like there are a number of people today, who are also looking for the solution on aging and degeneration.

Do I have any insights this week? My big insight, as I mentioned in my last post on Heart Disease, (you can read about it Here) is that one of the driving forces of aging is increased levels of hydrogen peroxide. What does that mean for you?

Here's a very short summary. The Standardized American Diet (SAD) or standard Western diet is bad, and it's bad because it has low concentrations of toxins and is low in necessary nutrients. Over time, staying on such a diet, will lead to elevated levels of hydrogen peroxide. To reverse the effects, you have to change the diet. That's a very simplified and in some ways incorrect version of it - for now. And if there's more interest, I'll write more.

I also started on the BBC Series Sherlock. It's highly recommended and well-made.

Finally, here's another insight about aging from Cuban-French writer Anais Nin: "I postpone death by living, by suffering, by error, by risking, by giving, by losing."
Posted by Paul C. at 1:13 PM