When my mother saw me walk with my luggage at the bus station, she walked out of the car and gave me a hug. I was exhausted from the long journey home, but I felt accomplished. Mission accomplished. I brought home my mother's abalone. She looked at my face and saw how tanned I was, and said, "You're so dark." I laughed, happy that everyone could tell I came home from a vacation. I had my second summer.

I put my luggage in my car and began telling her about how I was detained as a security threat in New Zealand, my judo sensei, the Korean-Kiwi wedding, my time in Wellington, the changes in the country, and how I missed my flight.

Only a mother would be so eager and interested in hearing about all the details of her son's trip.

This time, I was able to board smoothly on my flight. I missed the flight, yesterday. I flew with American Airlines co-shared with Qantas. The food and service were really good. I had a beef curry, watched a few movies, and had a couple glasses of red wine.

Upon landing in LAX, I passed through Global Entry - happy I didn't have to wait in such long lines.

I then took public transport home. It took two hours. By car, it can take anywhere between 30 minutes and an hour and a half - depending on the traffic. (But I've stopped asking people to pick me up from the airport, because I go so often.)

He approached me, and I picked him up and said, "Jeh Pan!!!!" (That's Korean for trial. Get it the attorney with a cat named trial?)

Inside, I opened my styrofoam box and showed her the abalone, and she said, "You did well. This should last us the year." (Before I left to NZ, my mother made this request of me again.)

I said, "Don't be giving it away to all your relatives this time. It was hard work getting them. I threw up in the water a lot to get these. And who knows when I'm going back?"

She began to work in separating them out and refreezing them. Incidentally, everything was still frozen. Styrofoam box worked well.

I slept a few hours at home from the long flight. I woke up. I started working on a reply brief. My holiday in New Zealand was over, and there was no doubt in my mind about it. At least I had an amazing time. As usual, New Zealand is highly recommended on my must-see places. Now, it was time to get back to the grind. 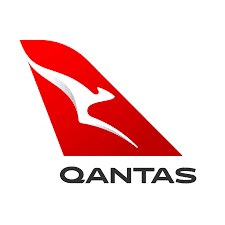 Finally, a special thanks to American Airlines: Doug Parker, Alice Curry, and Nick. Also, thank you to Qantas: Alan Joyce and Rhonda. Although my journey back home was rough, they all did everything possible to make my journey back smooth, easy, and pleasant. A+ in customer service.

American Airlines and Qantas will be opening a new route from Los Angeles to Christchurch on October 2020 to March 2021. This will be the first direct flight from the United States to the South Island. Highly recommended, hopefully, they open a direct flight to the Fjordlands via Queenstown one day.
Posted by Paul C. at 2:21 PM