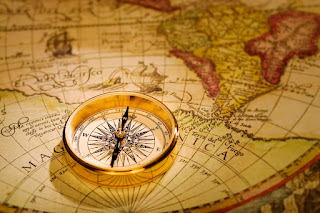 I was on a night bus on the windy road to Auckland. My friends' love would protect me from evil spirits and curses and the creatures of the night - like ghosts and goblins. But I had to make a choice. Do I go straight back to the airport or do I go to central city? It would be nice to see my judo sensei again and have one more day in the City, but it would cost me more, because I'd have to buy another ticket to the airport. Then there was the whole ordeal regarding the Mudbrick wine. My friend in Los Angeles asked for a bottle, and I didn't buy him one while I was in Auckland, because it was too expensive. He was upset and said he would gladly pay the price for a bottle of wine. Fine. I told myself. It was back to Auckland central and not the airport. All the while, my heart was still in Wellington.

My bus departed around 8PM from Wellington. It was hard to sleep on the bus, but I managed a few hours here and there on the 12 hour ride.

But when the airport stop came, I looked out the window and saw a guy take my luggage and my styrofoam box, which had abalone inside. My mom asked me to bring her her abalone, and I dove for them to be a hero in her heart. I raced down and put my luggage and box back in the bus. What'd he do that for? That's not even his stuff?!

After the driver dropped me off at central city, it was around 8AM. I walked with all my heavy luggage and box and walked my way to my judo sensei's restaurant. I asked the employee to let me in.

My judo sensei looked at me upset with a scowl.

She said in Korean - "Why are you back?"

I wanted to tell her - Good morning to you too. But instead I said - "I brought you abalone."

"We're working, Paul! I have a restaurant to run."

But I opened my styrofoam box and took out another container. I removed the lid. My sensei's mother, who works at the restaurant, looked at the abalone with fascination and said "Oh!!! They're so big!" She treated my catch like it was black gold. Everything was still frozen, which was good. The styrofoam box held the food frozen at least 12 hours, which would work for the flight.

I told my sensei - "Let's separate them out. You can have a few. I need to give the groom some too. It's his wedding gift."

We went to the sink. I rinsed them. The ice melted. We separated out abalone for the groom and the for my sensei. She said, - "Paul - that's a good wedding gift you're giving him. A very good gift. They'll appreciate it."

I took out other boxes of abalone and put them in the freezer. My flight was leaving in a few hours.

My judo teacher then reminded me of Tifa Lockheart in the video game Final Fantasy VII. Tifa's a fighter that's a supporting character for Cloud. Tifa's a bare knuckle martial artists, and she owns a happening bar called The Seventh Heaven. Same like Tifa, my sensei is also rough martial artist and has a bar / restaurant in central Auckland that's rather famous and popular. (She already knows half of Auckland maybe one day can run for Mayor.) One of the most important lessons she taught me in judo, which I brought into litigation was this: "Make it hurt for the enemy, Paul. Make it hurt. And make it hurt a lot for the enemy."

Leaving black gold behind there made it feel like it was a drop site for all types of goodies, and it's a popular place in the Central Business District. I texted the groom and wrote - "Your wedding gift is at the restaurant." He wrote back, "Thank you."

I felt better. I wasn't empty handed anymore and finally gave the married couple their gift. I had a sense of shame that was heavy in me, because I didn't bring them a gift. Now, I felt like I was redeemed. I brought them a gift that took skill, courage, heart, and work.

My judo sensei then said, "Go sit down for awhile. I'm almost done working. We'll go out for coffee, after."

We drove to a place to have coffee. She started swearing at a driver who cut her off, and I said - "Hey, remember what I said about being lady-like?"

She just stared at me and said, "Shut your mouth."

"You always were the drill sergeant."

We went to a cafe. I ordered a cappuccino. She ordered one too. The coffee was terrible. She agreed.

I told her what happened in Wellington. She told me her daughter caught a fever and had fallen. She also said she was really busy at work.

A guy was listening in our conversation, but he didn't know Korean. When I ordered in English - he looked surprised that I had an American English accent. My sensei's mother also said I spoke Korean like an American - with rough "Rs".

After, we went back to her restaurant. I walked to the liquor store that had Mudbrick wine. It was closed, even though it wasn't supposed to be. I took a picture of the closed sign and texted it back to my friend in Los Angeles to prove that I tried to get him his wine.

I walked to the supermarket and spent the last of my Kiwi cash on a bottle of wine for my professor back in Los Angeles. Remember; I broke open my Kiwi piggy bank and had $64 NZD in change.

I was super tired. I didn't sleep well on the bus. I made my way back to The Seventh Heaven. I took my luggage and abalone and boarded the bus to the airport.

When I arrived at the airport, the supervisor denied me my boarding. He asked what was in the box. I said abalone. Then he said that my box needed to wrapped in cling film (plastic wrap). I tried to persuade him, and when that didn't work, I said I'd write a complaint. But while we were arguing - he said your check in time is now less than an hour. You can't board.

Is this really happening to me?! Again?! I hinted at being able to make this guy's life difficult. After, he was a lot more pleasant, and said he'd book me on a free standby. The problem was I still had to get back into the city and also book a place.

Remember, when I first came into New Zealand. They detained and interrogated me as a security threat. Now that I was trying to leave, they wouldn't let me leave. Can't win with these Kiwis!

I didn't want to pay another $17 back on the sky bus. So, I hitchhiked back.

A Kiwi senior citizen lady picked me up. She was pleasant and never left NZ - except for Australia. She seemed to have a lot of international friends. She had her grandson in the back. Her name was Wendy. She came from Gisborne and also lived in the Hutt and now lived in outer AKL. She was a librarian for an elementary school in the Hutt but was made redundant.

She was in the army and told me should could shoot a gun and drive a tank. She dropped me off about 8 kms from the City.

Then, another guy picked me up. He was a builder named Jordon, who recently got married. He was visiting Los Angeles soon, because he had a wedding in Phoenix, Arizona.

The hostel I stayed at last week was booked, but I got rebooked nearby. I was so exhausted; it took everything to not fall asleep when I sat down on a chair. I could feel my eyes feeling heavy. But I had to check in. And I had to put the abalone in the hostel freezer. I was hoping none of the guests knew what it was, as it does have value.

After, I bought a light dinner. I popped into see my judo sensei. I was scared of seeing her, because I thought she was going to tell me off. But she wasn't as upset as I thought she'd be for missing my flight. She frowned at me and said, "I told you, 'You're just one big troublemaker.'"

I explained everything to her. She appreciated the information in the event she had to take seafood to Korea. I told her I had another night in Auckland now.

For tomorrow, she told me to come pop in during lunch time and not in the morning - when she's busy preparing lunch. She asked if I wanted some dinner. She cooked the abalone into a porridge for herself and all her employees.

Her recipe was so traditional, unlike my mom's, who's figured out how to maximize the flavor in a soup. Although my sensei's porridge tasted good, it made me think that this food was for some hospital patient instead of having culinary flare. Often chemo and radiation patients in Korea are given abalone porridge to recover.

After eating it, although I wanted to socialize and meet people, my body was weak. As soon as my head hit the pillow, I passed out. I must've fell a sleep in less than two minutes. I felt like a new person when I woke up.

In the morning, I bought a triple shot cappuccino at a little kiosk by the restaurant. The lady was a midwife, who recovered from colon cancer. She was only 45. She was telling me about how much she loved America, and that was she was heading back for Burning Man.

I walked to see if the liquor store was open this time. It was. I bought two bottles of Mudbrick. I asked for a discount. The manager gave me one. Finally, my friend in Los Angeles would have his wine. Maybe, I was meant to stay one more night.

I went into town and found and bought some cling wrap. Then, I headed straight back to my hostel to work on my cases. I was drafting motions. The work was flooding in. My vacation was over. Hopefully, I'd be going home soon.
Posted by Paul C. at 6:45 PM