Letter To My Boxers - On Leadership 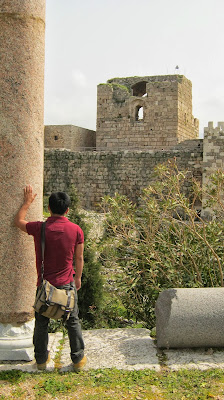 It was in my heart to write this letter to you because I think about you everyday.  Many people will begin to tell you at your age that you are the future.  This is true.  Only - it will be in your power to decide what kind of future you will create for the world and for yourselves.

I don't know if you know this, but I was raised in Baldwin Park since age two.  At your age, I was desperate to leave this ghetto city.  At age fifteen, I told myself everyday until I was eighteen that I would.  When I turned eighteen, my hard work and perseverance paid off.  I was awarded a full scholarship to UCLA.  I was out.  I vowed to myself I would never return.

Twelve years later, three more languages acquired, and many lives lived, I suppose I broke my vow to myself and returned to the place from where I came.  The Chinese wouldn't be surprised because they say after all, "Falling leaves return to its roots."  In plain English - it means, those who leave come back home.

My homecoming has brought me both great joy and a sense of deep violation.  I can't tell you how excited I was to discover the great boxing program that I stumbled upon.  It ultimately retrained my mind, re-disciplined me, and helped lift my spirits, which prepared me to sit the bar and become an attorney at law.

The deep violation, which was an assault at the core of my soul, came from seeing the current health of the city and those responsible for making such decisions.  Ultimately, those in power, the administrators and the public officials, have selfishly chose to make decisions to favor themselves, then their family, then their friends, over the common citizens: which is us.  This is what corruption is.  That is why our boxing program has suffered so much.

When I saw this happening, I had convinced our boxing program to take a stand and say enough is enough.  I never knew we would get so far in our fight against those in power and the evil they commit.  I never knew that the story of the run down boxing club of Baldwin Park would be heard all over the world: from the United States all the way to Europe to Russia to Asia and then to Australiasia.  Can you believe we made it on the front page of the largest Spanish paper in the United States: La Opinion?

But we cannot stop here.  Our hearts and minds must be renewed.  Our lives must be transformed.  We need to be different and become people of virtue and character - so that our lives can shine brighter than the stars of Heaven.  Stars shine brightly and hotly too.  Did you know that a star's life, from galaxies away, will be seen from earth for years after it dies?  In the same way, I want you to be remembered for who you are, even after you live your life.

As fighters, which we all are, we must remember that none of us can achieve victory without perseverance and trials.  In other words, there is no winning without paying the price of suffering, shown in our blood, sweat, and tears.  And although, some of you may be suffering much, it is the endurance of this suffering that builds character and that character builds hope - so that you may be a proof that it is possible to overcome agony and hopelessness to live a worthy life.

Thus, I hope to see a transformation in all of us, including myself.  In fighting the good fight, I know I can see us pursue greater courage, generosity, and perseverance.  It is our duty to endure and seek justice and victory.

I hope this letter means something to you now and even more in the future.