What Baldwin Park Has In Common With China: Censorship 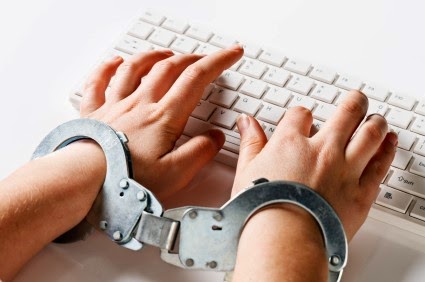 On June 4, 2014, I've been reading a lot of American criticism regarding China's censorship of the 1989 Tiananmen Square Massacre.  I've actually walked through Tiananmen Square, in Beijing twice.  That was about twenty five years ago.

For my boxing teenagers, the Tiananmen Square Massacre was an event in Beijing, where students protested against the government.  In response, the government brought out military force, even tanks, and started killing its own people.  These college students were doing nothing more than gathering together and speaking the truth.  Here's a link to a famous photo of the one man who stood against the line of tanks.  Tank Man

Nearly 15 years later, the American media is upset that the Chinese are lying to their people about Tiananmen Square.  It is true that hundreds of millions of Chinese do not know about the 1989 incident and that the government killed those innocent students for speaking the truth.

But the American media is so hypocritical.  Here, in Baldwin Park, I, Paul Cook have been censored.  In other words, they've done everything to shut me up.  It's gotten so bad that our local online forum called Topix.com has removed all the posts regarding the truth about our Parks and Recreation Director laundering money.  Parks and Recs Director Launder Money

Not only that, but my computer can't publish any more threads on the forum under my IP address.  The Director complained to the City Council that seeing all the news about him doing bad stuff stresses him out.  But instead of doing the right things, confessing, or fixing the problems, they just censor the person who is telling the truth.  Yet, one of the Council Members, most likely Raquel Monica Garcia, has falsely accused me of pedophilia and having a sexual relation with the boxing coach.  No wonder, why it states that the unrighteous suppress the truth.

Even our local newspaper is, I believe, under the control of the City.  Ever since Raquel Monica Garcia has become Council Member, The San Gabriel Valley Tribune has never published anything about Baldwin Park that is negative.  One only need to read through the articles of my blog or my lawsuits to see what's really happening in this city.

We're such hypocrites.  We love to point to the Chinese and say look at how its government treats its people.  Well - look at how a small Mexican-American city treats people who tell the truth against it.

This is why Baldwin Park matters to you.  Yes, you don't live here.  But I write about this City primarily for you for two reasons.

First, remember, the nature of government is to suppress the truth when you expose its corruption.  Second, armed with little information, I'm showing you that we're fighting back. We're going to try against the odds - because it's the right thing to do.

I wanted thank everyone who emailed me your support.  I really appreciated it.  It truly hurt me that these City Officials harmed an innocent person by firing a boxing coach who was making minimum wage.  I find it some days, unbelievable.  But we must march on, knowing this won't stop us from exposing these people.
Posted by Paul C. at 1:51 AM