City of Baldwin Park Votes to Burn $36,500 on Fireworks With Questionable Funding 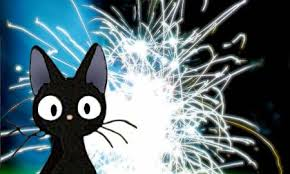 It's been alleged that the business improvement funds are a state grant only meant to be used for developing businesses in Baldwin Park. Well, now the City Council have voted to burn it, literally, with fireworks. And the vendor wants to charge Baldwin Park with a $10,000 surcharge. Sounds fishy to me. And guess who's behind this: that's right our friend, the Parks and Recreation Director, Manuel Carrillo Jr., the money launderer. Something is rotten in Baldwin Park and it starts with Manny Carrillo.

There was no bidding process that went out for these fireworks. I would seriously question this surcharge and ask how these council members and mayor are getting a benefit from voting on these fireworks. Always remember, consider the source. Let's not forget, this is the same Parks and Recs Director and Council Members who said that a 40 cent raise for a boxing coach who worked for 17 years was good enough. But hey, burning a year's worth of salary for 10 minutes of pleasure is worth it.

In the words of One Republic, "Take that money. Watch it burn."

BALDWIN PARK >> After a two-year hiatus, Baldwin Park will celebrate the Fourth of July with a fireworks show, but questions are being raised about how the city will pay the $36,500 price tag.
The City Council on Wednesday voted 3-2 to pay for the show out of the city’s Business Improvement District fund instead of the general fund. Mayor Pro Tem Cruz Baca and Councilwoman Susan Rubio objected, questioning the legality of using the district fund to pay for a community event.
“(Promoting businesses) has to be a big component (of the event) to be able to use that funding,” Rubio said. “I just would be a little bit careful because it has to be part of the businesses.”
The district raised more than $60,000 last year by taxing city businesses and ended the fiscal year with about $250,000 in the bank. Cities are restricted by state law in how they can use the money, though.
The show will cost about $25,000 for the fireworks and $11,000 for other entertainment and staff overtime costs, Recreation and Community Services Director Manuel Carrillo said.
The city will be paying more for the show because it is so close to the holiday, he said.
The council could have chosen to have the show on Friday July 3, which would have cost $27,500, but Councilwoman Monica Garcia objected, saying the show was an important part of the city’s tradition that should be on July 4.
“Clearly there are events that are important to us,” Garcia said. “I think this is a staple event and we should absolutely bring it back.”
In discussions, Councilman Ricardo Pacheco mentioned using the business district funds as an alternative to the general fund and offering to have the city’s businesses set up vendor booths for free. Baca objected saying most businesses would be closed and many owners already are looking forward to the return of Concerts in the Park and the Street Fair, which bring residents downtown on a regular basis.
The mayor pro tem also said she had been in talks with two businesses to possibly sponsor an event in 2016, tying the Fourth of July celebration into the city’s 50th anniversary.
“I just feel that now we’re running to try to get something done at the last minute and paying the price for it,” Baca said.
Posted by Paul C. at 8:02 PM