Attorney Activist Sues City For Arresting, Jailing, and Strip Searching Him For Leafleting at the Park 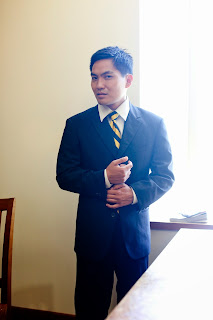 LOS ANGELES, CALIFORNIA – Paul Cook, attorney activist and blogger, filed a lawsuit on Apr. 3, 2015, in the Los Angeles Federal District Court based on his arrest and jailing last July at a public event while engaging in expressive activity where the  Baldwin Park recreation director and mayor were present during a city-sponsored event.  Cook was subjected to a strip search by a female office. The claims are based on Cook’s Right to Free Speech and Privacy, under the U.S. and California Constitution. The complaint seeks that the court issue a statement that the City of Baldwin Park violated Cook’s individual rights, as well as damages and attorneys’ fees.

Two months ago, the federal appeals court held that similar activities by activists on Skid Row were protected expression in a case similar to Cook's. In CPR for Skid Row v. the City of Los Angeles, the court held that activists creating noise as part of a protest on the streets could not be arrested under California’s misdemeanor law of disturbing the assembly (Penal Code Section 403), the same law used to arrest Cook. Also like Cook’s case, the California Supreme Court decided In re: Kay, 45 years ago, that clapping and shouting at a city park during a city-sponsored event could not support an arrest under this statute.

The lawsuit is one of many that have recently flooded the City of Baldwin Park. In October of 2014, the Mexican American Legal Defense and Educational Fund sued the City for falsely imprisoning its plaintiff because he was undocumented. Cook also has cases against the City. He is the attorney on record for two Public Records Act lawsuits, currently pending with it. Already, he has obtained a court order against the City to release records, but the City continues to willfully disobey such orders. Last month, California Aware, a non-profit dedicated to enforcing open records law, also filed a Public Records Act lawsuit against the City of Baldwin Park.

Cook’s aim of the lawsuit is to enforce the right of the people to criticize public officials and administrators openly and without fear of revenge. Cook stated, “The City of Baldwin Park is like the Wild, Wild West. They do whatever they want. But, I’m glad I got the best gunslinger in town to protect my right to talk back.”
Posted by Paul C. at 9:52 AM