Tribune Chimes in on My Lawsuit

Sorry, I haven't been in touch for awhile. I've been quit busy with court filings. Lot's has been going on, and I haven't been able to report on it. Here's a funny story.

After meeting with my legal mentor, he told me you have a lot of work to do on this brief. I thought, Oh no.

If you think you're having bad day at work, you can read this story. I was working on a court filing from 9 am to 3:15 am. At about 2:30 am, being so tired, I knocked over my drink and spilled it on the keyboard of my notebook.

Because I didn't sleep much, I locked myself out of my car the next day. I called AAA to open the car. I asked the locksmith to give me a ride from the parking lot to the court of appeals. (He wasn't supposed to).

The filing went fine though, as I've filed a writ there before on my crim case - except that wasn't as nearly complicated legally as this petition.

The cost of fixing the computer came out to $360. It's ok; I had insurance, which my brother forced me to get. That was smart. Buy insurance on your electronic products you use often if its worth money. Square Trade is awesome!

So, because my computer was in repair, I wasn't able to write for awhile.

A summary of events has been that the Tribune has written an opinion about my lawsuit. I've copied and pasted it below. I'll try to update you more often, soon. Thanks for being patient.

I just wanted to add a note regarding the Tribune article. Keep in mind when you're reading it, the question is why I was being annoying to these public officials? Why?

The most important point is that I know what they've done and did, and it's bad. I want the world to know. For it, they punished me; so, I'd shut up and go away. Sorry, that didn't happen. 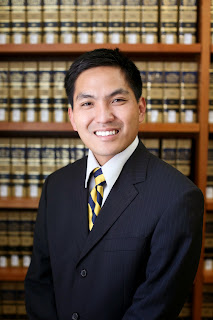 By the Editorial Board of the San Gabriel Valley Tribune

When it comes to free speech, for all but the purest of us, there is the theory and then there is the practice.
We can agree that the First Amendment reads “Congress shall make no law ... abridging the freedom of speech,” and be ever so glad that our nation is one of the few in which such a gold standard defending personal expression of views exist.
And then when the drunken heckler stands up at our daughter’s wedding spouting nonsense, we can punch his lights out, all in good conscience.
Yet you would be hard-pressed to find anywhere in the Bill of Rights where it speaks to politeness vs. being a total cad. Perhaps that’s why they had to invent lawyers, and courts.
Baldwin Park activist Paul Cook is a lawyer himself, though not necessarily of the polite, establishment variety. He has a beef with City Hall, and he wants to tell the world about it. Cook represents a local boxing coach he says was treated unfairly by the city, which he says has not produced public records he has requested in the case. Mayor Manuel Lozano has filed a restraining order against Cook, which Cook has said is frivolous and unnecessary. Then, last July, at a public event in the city’s Morgan Park, Cook was arrested by Baldwin Park police when he booed Manuel Carrillo Jr., the city’s director of recreation and community services, when Carillo briefly stepped onto the park’s stage.
Isn’t a simple bellowed boo or two free speech of the guttural kind?
Not according to City Hall and the Police Department, which arrested Cook for disrupting a public event.
Cook says he was taken to jail and strip-searched for his alleged crime, and last week filed a federal lawsuit against the city for violating both his First and Fourth Amendment rights.
Guess who’s going to pay the legal bills for the city of Baldwin Park’s thin skins? Its working-class citizens will — no matter that the suits inside City Hall’s air-conditioned offices will claim most of the cost is covered by insurance. The citizens buy that insurance, and not to see it abused for the personal whims of politicians. This is a simple case of harassment by the Baldwin Park establishment of a citizen they would rather see go away. In a city with troubled youth, poor-performing schools and a desperate need for economic development, Baldwin Park officials have more vastly important jobs to do than arresting a booing activist.
The original article is found on:
http://www.sgvtribune.com/opinion/20150609/baldwin-parks-thin-skin-vs-free-speech-opinion
Posted by Paul C. at 10:47 AM