The Cats of Kas

So, while in Kas, I noticed all the alley cats.  I tried to talk to all of them.  Some of them like me; some of them don't.

Anyways, I got the idea to show you what Kas looks like through cats' eyes.  Before I left Kas, on my way to Patara, I decided to shoot the cats (with a camera, not a gun).

I call this project - "Through the Eyes of Strays" 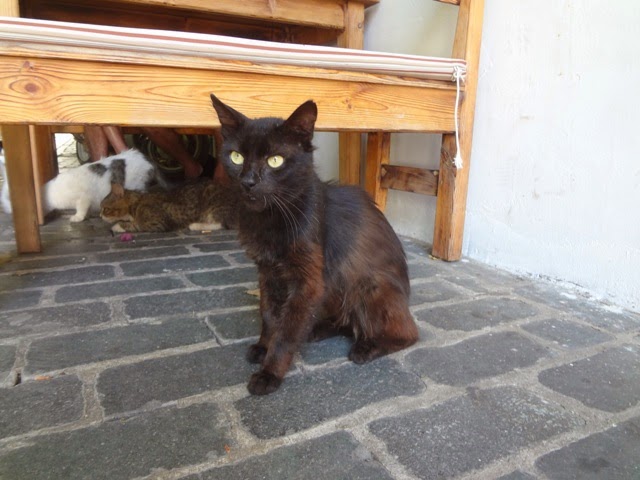 This one was pretty cooperative.  Easy to shoot.  Rather a normal cat.  We'll name her "Lucky." 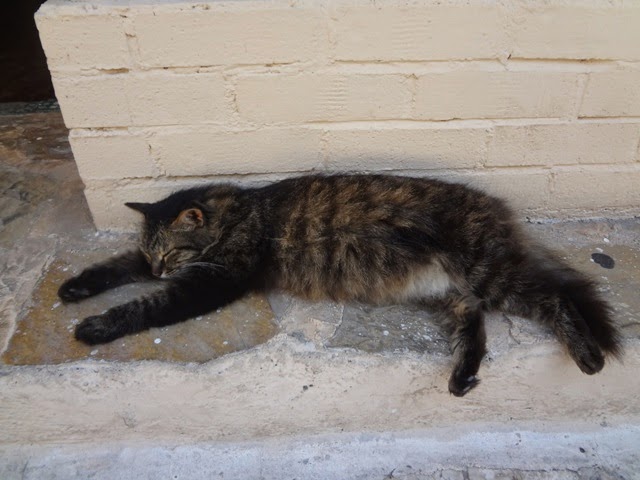 This one didn't even know I was shooting him.  He reminds me of a first son because that's all they do in Turkey: nothing.  So, we'll call him "First Son." 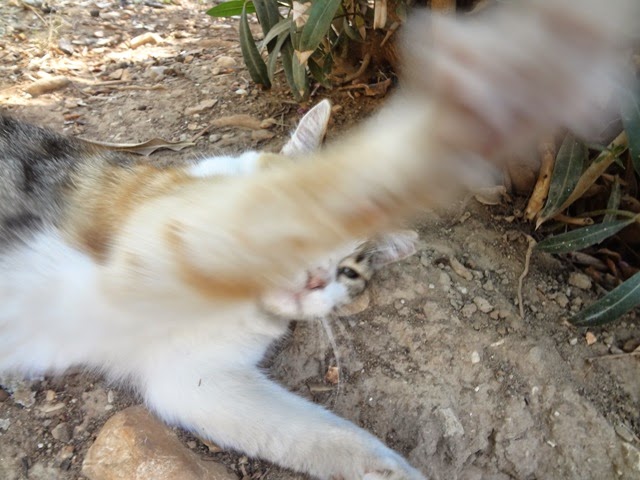 This one definitely didn't like having his picture taken.  I'll call him "Paparazzi." 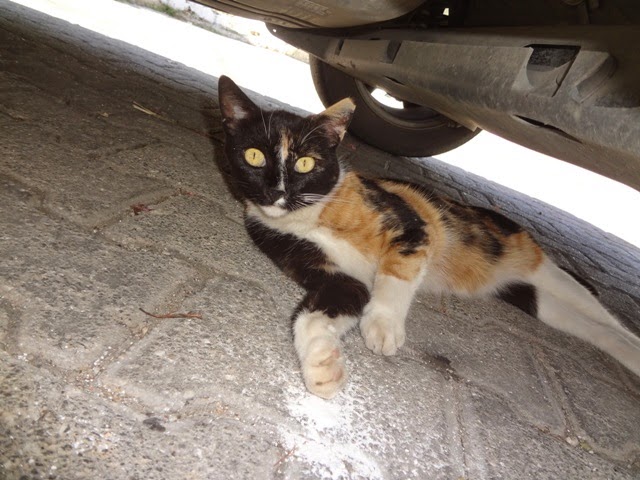 This one was kind of cute.  Enjoying staying cool from the Turkish heat.  We'll call him "Kind of cool." 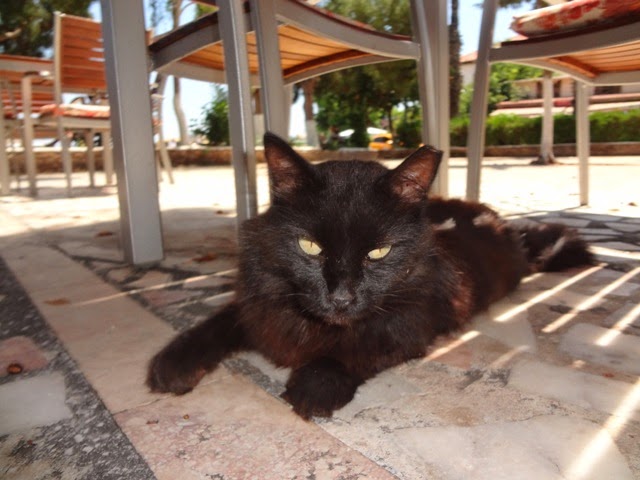 Oh - another black one.  She definitely knew I was taking a picture.  We'll call her Cleopatra.  She met Antony for a tryst in Turkey anyways. 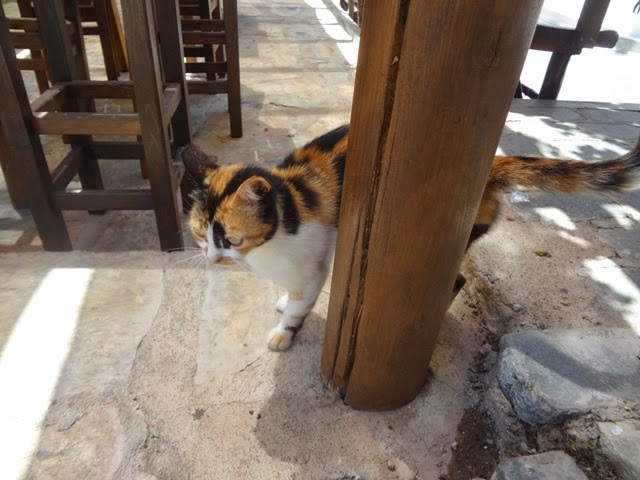 Oh, this one was my favorite one.  He looks like "Kind of Cool" but he was a lot friendlier.  He was by the old street.  Let's name him "Mr. Friendly." 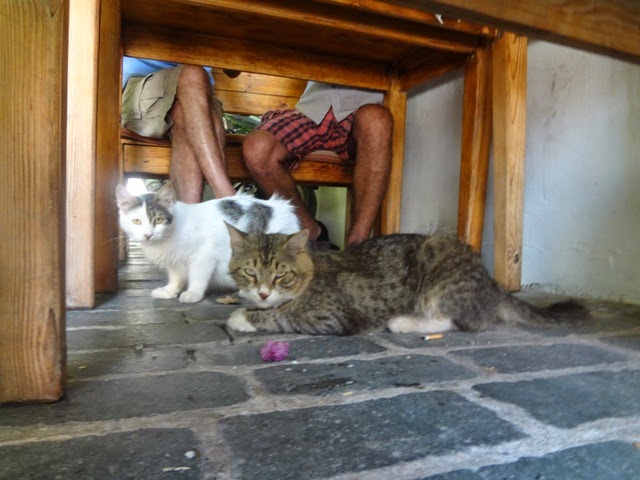 I thought this was a cool picture.  You see how hungry and lazy these cats are.  I don't even know if they were male or female.  I'll call one "Lazy One" and the other "Lazy Two."

That's it for my cats of Kas.

Below is some other pics that are non-cat reated. 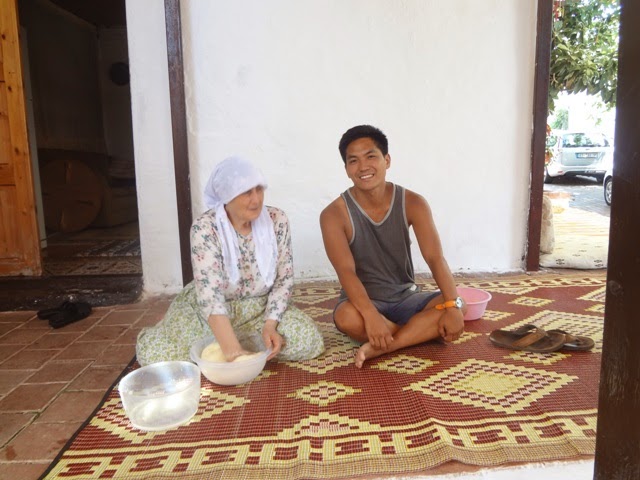 I said good bye to my lunch cook.  I really like her.  I always said hello to her when I passed her street. 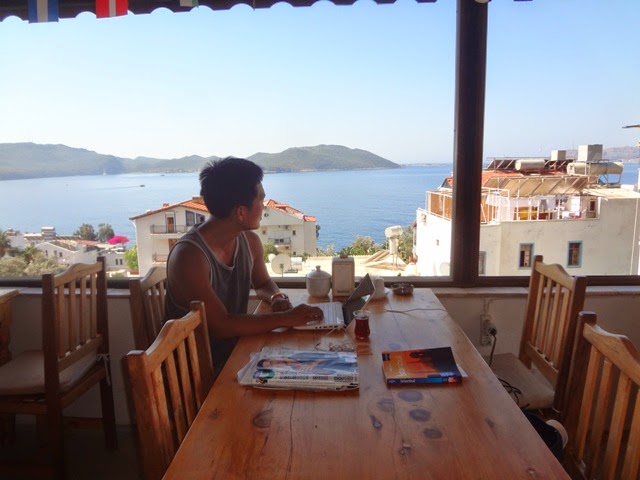 The lighting isn't so great in this picture, but this was my hostel in Kas.  It was at the rooftop of the high rise.  Isn't it an amazing view?  And there were no mosquitoes at that height.  It was really cool just answering my emails on my computer from here.

I made my way into Patara - another ancient city that's older than Jesus.  It dates to 500 BC.  I'm staying at a lovely hotel for an incredibly reasonable price.

Tomorrow though, I have to take a boat to the Butterfly Valley.
Posted by Paul C. at 10:56 AM